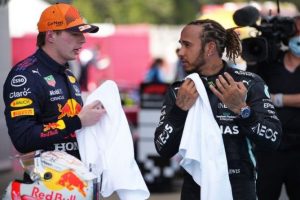 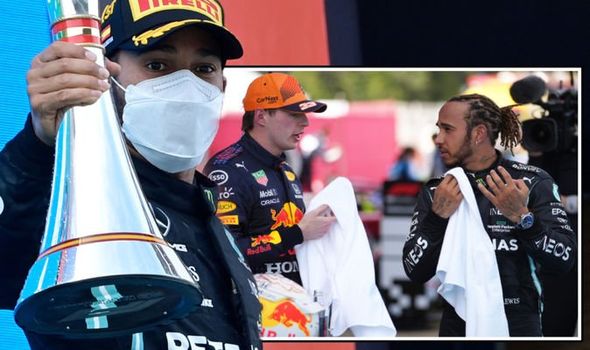 Lewis Hamilton won his 98th Formula One race to add to his 100th pole position at the Spanish Grand Prix and then warned Max Verstappen: “I feel like I could go again!” Mercedes’ tactical brilliance saw them edge out their rivals at the Circuit de Catalunya to increase their lead in both of the Drivers’ and Constructors’ Championships.

The Briton clawed back his Red Bull rival after losing first place at the first corner on the opening lap and eventually regained the lead on lap 60.

Hamilton was 22 seconds behind Verstappen at one point after Mercedes opted for a second pit stop to put him on fresh medium tyres for an attack in the final few laps.

His newer compounds compared to Verstappen’s ageing rubbers left Red Bull powerless as Hamilton ate away at Verstappen’s lead and then got past him for victory.

It is the seven-time world champion’s fifth straight success in Barcelona and his third win from four races in the 2021 season.

The 36-year-old leads Verstappen in the drivers’ standings by 14 points after the Dutchman pinched the point for fastest lap late on. 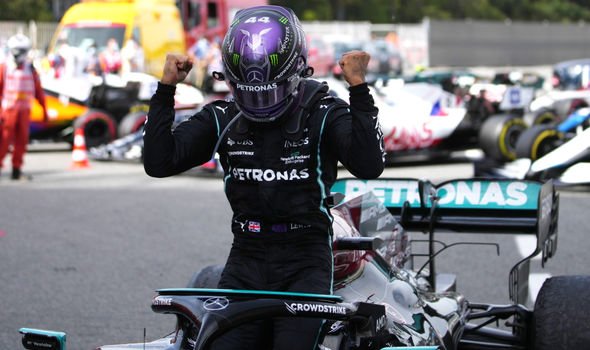 Speaking to former McLaren team-mate Jenson Button who hailed his countryman’s “fantastic” win, Hamilton said post-race: “Thank you so much. First I just want to acknowledge the fans that are here.

“It’s the first race this year we’ve had people come which is great to see. I saw a British flag out there which is something we haven’t seen for a long, long time.

“I feel great after this. I feel like I could go again! Obviously the training is working and paying off.

“Such a close start. There was a lot of rubber down on the right-hand side and the Red Bull got a great start.

“After that I was just hunting. I was so close for so long and I didn’t think in doing that I was going to be able to make the tyres last.

“But I managed to keep them in somehow. It was a long way to come back from 20 odd seconds but it was a good gamble. A really great strategy from the team.

“It was the plan all weekend to make sure we had two mediums if we had to do a two-stop even though a one-stop potentially looked better. 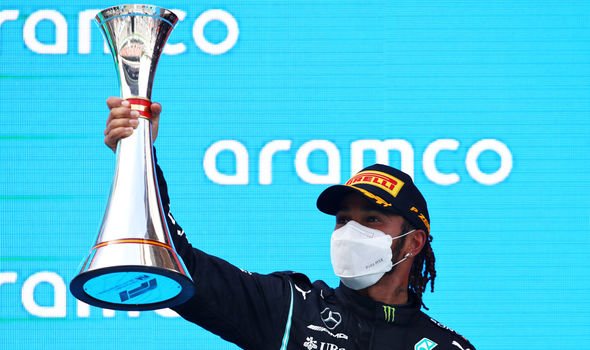 “I know from experience here that a one-stop is very, very hard to pull off. As soon as we had the pace that we had I knew as soon as I could get past, if I could…

“I was about to have a shot at getting past him before I pitted right at the end and I was really conflicted. ‘Do I come in or I do ignore the call and stay out?’

“Obviously I did what the team asked and naturally that’s because there’s a great trust between us.

“Just a remarkable job by everyone in this team through and through. Yeah, what a day.”

Elsewhere, Valtteri Bottas finished third behind Verstappen after battling back to overtake Ferrari’s Charles Leclerc, who had stolen third from him early on.

In the Constructors’ Mercedes lead Red Bull by 141 points to 112 after four races, with Monaco next up on May 23.