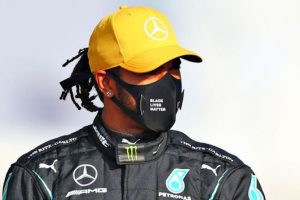 Lewis Hamilton’s contract saga with Mercedes continues to rumble on. The Brit cruised to a seventh F1 Drivers’ Championship in 2020, drawing level with the iconic Michael Schumacher in the process, but is currently technically a free agent. With negotiations dragging on, however, the Silver Arrows have the perfect negotiating tactic in George Russell.

Hamilton wants to stay with Mercedes.

He made this perfectly clear after winning his seventh Formula One title, admitting he was determined to remain with the team he’d been with since joining from McLaren in 2013.

But, nearly two months on, and Hamilton’s future remains uncertain.

He’s technically a free agent at the current moment in time, with his previous deal with the Silver Arrows expiring on New Year’s Day.

And Mercedes chief Toto Wolff recently claimed the team had to be ready for ‘curveballs’, saying: “It doesn’t worry me at all, because I will always respect Lewis’s decisions.

“Whether this is staying with us for a long time, or whether that means leaving the sport and pursuing different interests. I think we need to be ready for all kinds of curveballs being thrown at us. 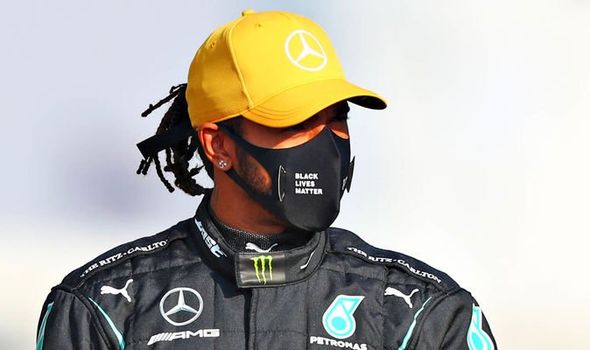 “But at the same time, we talk a lot, and we are very transparent with each other. I think there is more to achieve together.”

While Mercedes have downplayed difficulties in negotiations, one thing that seems clear is Hamilton’s salary.

Despite F1 introducing a driver’s cap for 2021, it seems as though the Brit has no intention of losing his £40million a year.

But while Hamilton is the best in the sport, perhaps even the best of all time, Mercedes can be forgiven for playing hard ball.

He’s entering the twilight years of his career as a driver, having already outlined his plans to pursue other commitments in the foreseeable future.

And, in Russell, Mercedes have a route to the next best thing. 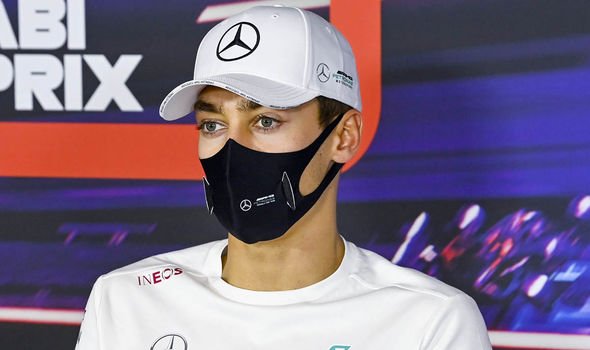 Russell, compared to his compatriot, would be a far cheaper option with the 22-year-old pocketing an annual salary in the region of £675,000.

He’s got his whole career ahead of him and wouldn’t demand the spotlight like Hamilton, whose dominance has seen Valtteri Bottas have to settle for a back-seat role.

And, what’s more, it’s been claimed that Williams would be happy to let their young driver go.

Beyond The Flag recently suggested that would be the case now that Williams’ affairs aren’t being ran by Claire Williams, with the group recently being purchased by Dorilton Capital.

And, therefore, Wolff has the perfect negotiating tactic.

They can use Russell to convince Hamilton to lessen his demands, or face being without a team for the foreseeable future. 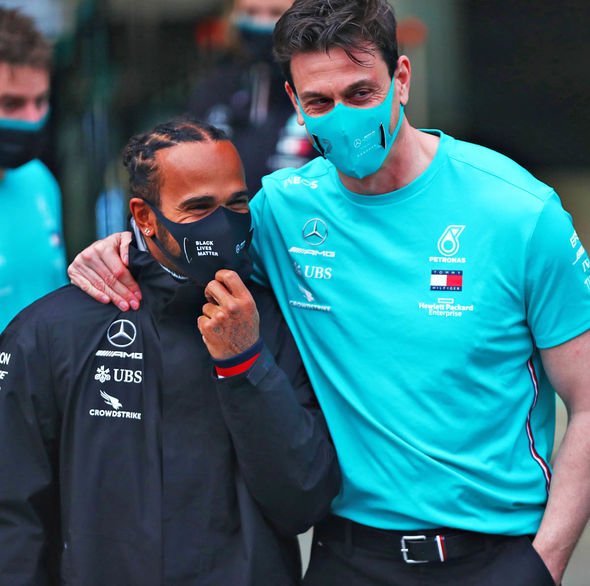 And what ultimately happens remains to be seen.

Hamilton’s father did say in November that his son was still committed to achieving more F1 success, saying “As far as I’m aware, he carries on racing.

“He loves racing, he loves what he does.

“He has a voice now in the sport, which is also fantastic, but as far as I’m aware he’s carrying on racing.

“It’s a definite, as far as I know, the last time I spoke to him yesterday, he’s definitely carrying on racing.”