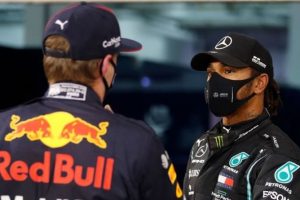 While there is huge mutual respect between Lewis Hamilton and Max Verstappen, it’s a rivalry that threatens to explode in the immediate future. Mercedes have ruled the roost for what seems like an eternity and the Silver Arrows made history in 2020 by winning their seventh consecutive constructors’ title, with four races left to spare. Red Bull are knocking on the door and there is real optimism that the acquisition of Sergio Perez from Racing Point could prove a game-changer in pursuit of glory.

Verstappen has been a one-man band with all due respect to Alex Albon and now the Austrian manufacturer is preparing to make major aerodynamical changes to their car, RB16-B, for the 2021 season in a bid to gain superiority.

With Valtteri Bottas feeling the heat following George Russell’s dramatic rise to prominence, this could be the perfect time for Red Bull to strike. Yet if they’re to achieve something special this season, they will need Hamilton to be off the pace.

The seven-time world champion rarely cracks but in the past, Verstappen has shown he is capable of pushing his buttons. Most notably at the Mexican Grand Prix in October 2019.

While the Mercedes star was victorious that day, his race almost ended in the first corners of the opening lap. Verstappen had started the race in fourth and was alongside his title rival as they approached the first corner.

The duo had little space to work with and went wheel to wheel into turn two, before making contact and skidding across the grass. Hamilton was incensed following damage to his rear floor and the lack of stability to his steering forced him to adapt his driving style. 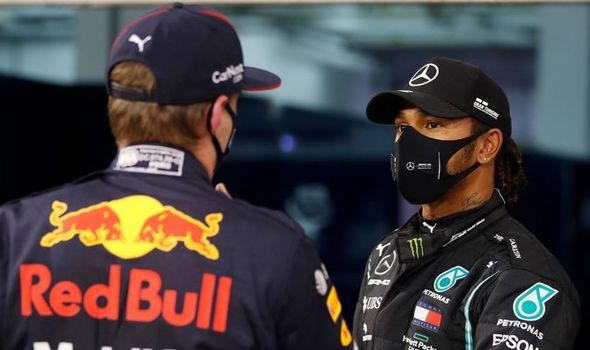 He soldiered onto victory but made his feelings known after the race, claiming that fellow drivers were forced to take care when racing against Verstappen’s aggressive style.

“Obviously [I] got torpedoed,” Hamilton said. “I thought at some stage I’d get torpedoed by Max. I braked into turn one and all of a sudden Max is alongside me. If you have seen my previous races, I always leave Max a lot of space because it is the smartest thing you can do.”

The 36-year-old had previously accused the Dutchman of careless driving and failing to abide by the rules after failing to acknowledge a yellow flag during qualifying.

“Every driver is slightly different. Some are very smart and aggressive, and some are silly with it,” he later added. “So through those experiences you give some more space, and with others you don’t have to because they are quite respectful. But with Max it is very likely you are going to come together with him if you don’t give him the extra space.

“I don’t think it was intentional what happened on the first lap, but he’s a magnet for those kind of things.”

Verstappen stood his ground and defended his corner though, claiming he would continue to take the fight to Hamilton on the track.

“It was a silly comment to make,” said Verstappen, firing back. “I don’t need to dig into other people in a press conference because it is disrespectful and I prefer to fight on track.

“It only shows that I am in their heads and I guess that is a good thing. I am a hard racer, but fair, and it is just not correct [what Hamilton said]. I like to fight hard but on the edge.”

For Verstappen, this was conclusive proof that he had the power to get inside the head of Hamilton despite the controversy surrounding their collision on the track.

He failed to back it up in the 2020 season as Hamilton and Mercedes cruised to yet another world title in emphatic fashion. But this time around, things could be different now Verstappen has Perez as his partner in crime. 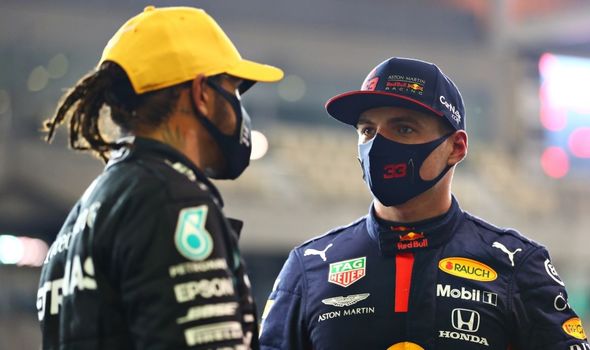 Now Hamilton, who won last season’s title by the biggest ever margin of 124 points, is ready to fight fire with fire against the strongest Red Bull challenge yet.

“We’ve obviously got a fight on our hands next year,” Hamilton said after the Abu Dhabi Grand Prix.

“Without a doubt, these guys are going to be strong, as this car [Verstappen] is driving now is next year’s car pretty much, and the same for us.

“I’m excited for that challenge, and that battle that we hopefully will get.”

While you’d be a fool to overlook Hamilton from writing more F1 history next season, Verstappen has the credentials to rock the boat and cause a serious upset.