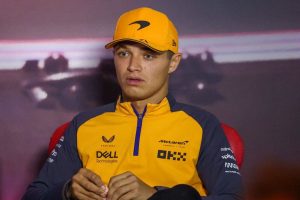 Lando Norris has revealed he has suffered an injury ahead of this weekend’s Singapore Grand Prix. The McLaren star claimed the damage was “not ideal” but stressed it was nothing to worry about.

Norris was asked whether the strapping on his leg was “anything serious” in today’s press conference. The McLaren driver stressed he should be fine to compete this weekend after concern among reporters.

Norris replied: “No, nothing serious. Not ideal. But I should be fine for driving.” McLaren are embroiled in a tense title battle with Alpine just 18 points ahead ion the Constructors’ Championship.

With Daniel Ricciardo still struggling to find form, it could be down to Norris alone to score points for the team. However, the Briton has struggled for pace this season with just one podium all season. 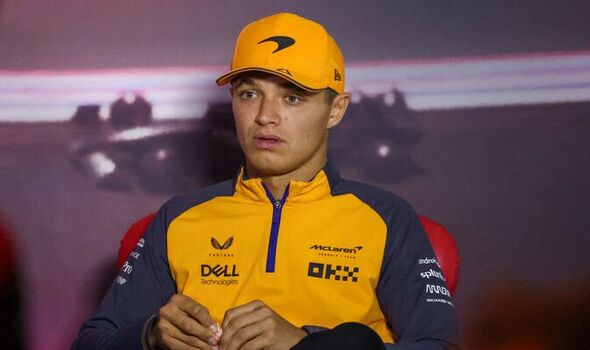 At this stage last season, Norris had already picked up four top-three finishes including as P2 in Italy.