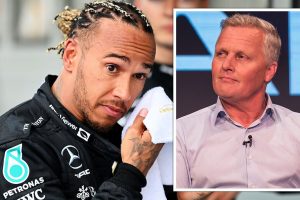 Johnny Herbert and Anthony Davidson’s pre-season predictions about Lewis Hamilton look to be proved wrong after a difficult year for the seven-time champion. The pair both claimed Hamilton would take the fight to Max Verstappen and Red Bull again in 2022 to secure his eighth world title.

However, Mercedes’ struggles have prevented Hamilton from competing at the sharp end with the Briton still searching for his first win of 2022. Speaking after the first Barcelona test where Hamilton topped the timesheets, Herbert told Sky Sports F1 that the Mercedes star would be the man to beat.

He explained: “I think Mercedes did so well last year because of the budget cap coming into effect, that’s really something that they didn’t spend so much [on] last year. I think their big upgrade was at Silverstone, Red Bull seemed to do one more or less [at] every race we went to.

“So maybe there’s going to be that, pushing that budget towards what they’re going to be using this year, and I think Mercedes, I think it could happen again for Lewis.” 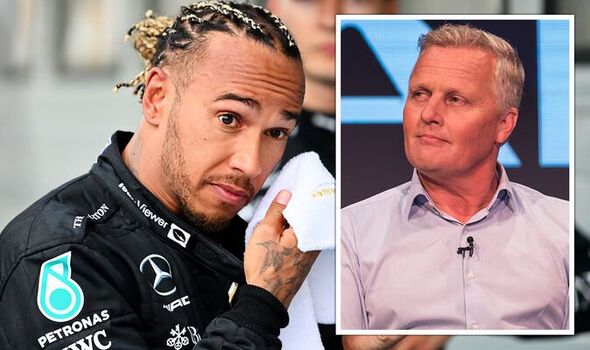 Mercedes reserve driver Davidson also offered a similar verdict on Hamilton’s chances after a bullish comment from the world champion. At the launch of the Mercedes W13, Hamilton said fans would have to “wait until this year” if they thought they had seen his best in 2021.

Davidson stressed Hamilton’s comment showed he was “fired up” and would likely be “hard to beat”. He added: “There will be nothing more that Lewis wants from this season than to destroy Max Verstappen.

“Let’s not beat around a bush, he feels absolutely robbed as to what happened last year in Abu Dhabi, he wants to come out with a dominant car and he doesn’t even want to see Max on track, I’m sure. 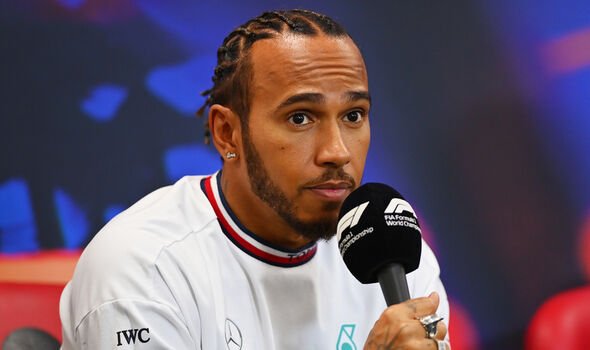 “He just wants to show him a clean pair of heels, disappear off into the distance and win his eighth world championship.” Hamilton secured a podium in Bahrain but then failed to pick up another top-three finish until Canada.

The Mercedes star scored a solitary point in Saudi Arabia and then finished outside the top 10 at Imola in April. The Silver Arrows have since found some form with Hamilton picking up five back-to-back podiums between Canada and Hungary.

Hamilton has already written off the season as he revealed the German manufacturer were already looking at their 2023 design last month. He commented: “It’s a car we continue to struggle with and definitely won’t miss it at the end of the year. For me, it’s just focusing on how we build and design next year’s car.”