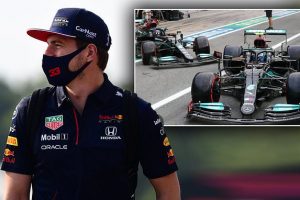 The Sprint is back and it is a Mercedes one-two – but not as you may expect – to start it in Monza.

Valtteri Bottas, who is leaving Mercedes for Alfa Romeo at the end of the season, beat team-mate Lewis Hamilton in Friday’s qualifying to start first.

Hamilton’s title rival Max Verstappen will start on third as he looks to claim top spot ahead of Sunday’s eagerly-anticipated race.

The cars are off on the formation lap before we go for 18 laps at Monza.

Weirdly before the cars got underway 100m gold medallist from the Olympics Lamont Marcell Jacobs was practicing his start at the front of the grid for a photo opportunity.

Mercedes team principal Toto Wolff has been speaking to Sky F1 ahead of the race but didn’t give much away on if there will be any team orders today.

He said: ‘I’d like to come through the first corner exactly where we are now. Most important is to protect against Max and then everything will sort itself out.’

Back at Silverstone Lewis Hamilton was fastest on Friday but lost the lead and the win in the Sprint Race to Max Verstappen who made a better start.

That led to the events on Sunday where the two collided in the most dramatic moment of the title fight so far this season.

The Red Bull driver will be similarly hoping for a good start today.

If Sergio Perez hadn’t sacrificed his qualifying by dedicating his Q3 to giving Max Verstappen a tow, then there would have been a real chance that one of if not both McLarens would have finished ahead of the Red Bull driver yesterday.

The Mercedes engines have traditionally been very handy at Monza and Verstappen could have a tricky race if he drops behind a McLaren at the start.

Verstappen though did set some impressive times in practice this morning on his long runs. 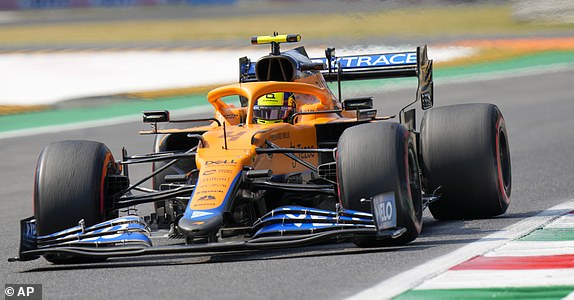 We are getting ever closer to the start of the Sprint Race and the cars are heading out onto track.

One thing to take note is that whatever happens to Valtteri Bottas today doesn’t matter too much in terms of his race tomorrow as he will drop back with an engine penalty.

But he could do a great job for his team by taking points off Verstappen this afternoon. 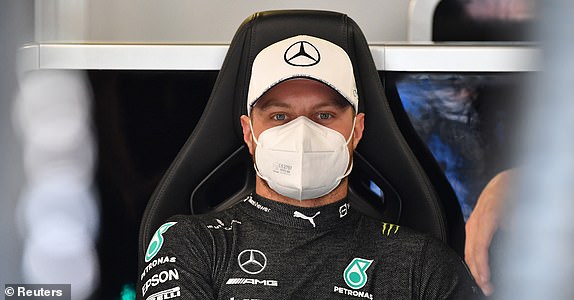 It’s not been the best preparations for Ferrari ahead of the Sprint Race in front of the Tifosi.

Carlos Sainz crashed out in final practice in what was a very hefty shunt. While Charles LeClerc had to cut his session early as he was feeling unwell.

Both drivers have been for checks and will be ready to race with the Ferrari mechanics doing a cracking job to get Sainz’s car ready for the Sprint Race.

Need a reminder of how the Sprint works? Fear not…

Ahead of its debut at the British Grand Prix, we put together a comprehensive guide as to how the Sprint race qualifying works.

Wait.. will Mercedes use TEAM ORDERS in the Sprint?

The seven-time world champion will hope his pace extends to the Sprint, which is due to start at 15:30…

Hello and welcome to today’s coverage of Sprint Race qualifying at the Italian Grand Prix.

There is plenty of places to play for in Monza as Mercedes have a one-two as they look to secure similar for Sunday’s race.

But it’s Lewis Hamilton in second, not first, with Valtteri Bottas top of the pile for today’s Sprint.