The next Ferrari world champion? It could be Lewis Hamilton: The final shame to rub salt into the wounds of Sebastian Vettel’s sorry title collapse

It is difficult to imagine more ignominy being piled on Sebastian Vettel as his world championship hopes — and inner spirit — suffer a slow and inevitable death.

But there is one possibility that would add salt to the wounds of his reputation and it is that the next Ferrari world champion, the first since Kimi Raikkonen 11 years ago, might not be Vettel but the Briton closing in on his fifth title on Sunday.

Lewis Hamilton, who needs to outscore the German by eight points here to retain the Formula One crown, is signed up to Mercedes for the next two seasons. 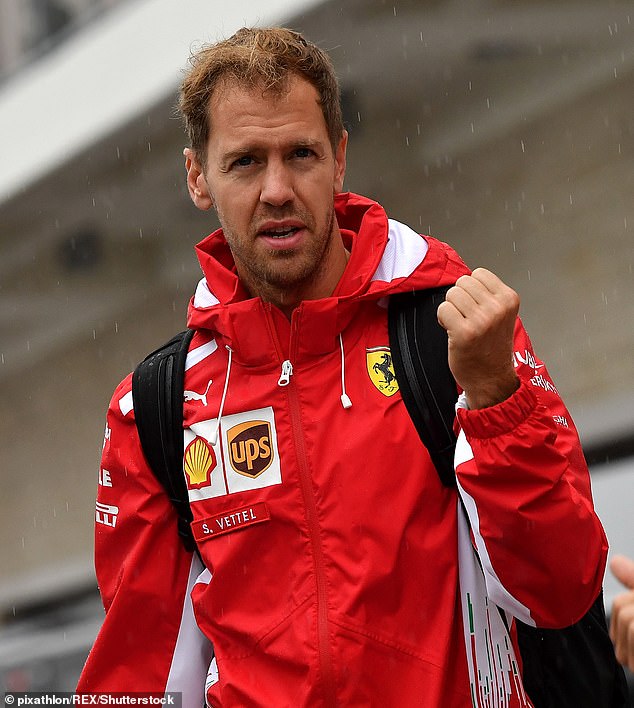 In that time, should the super team of their era extend their mechanical virility, he has a fighting chance of equalling Michael Schumacher’s record of seven world titles and matching or bettering his pinnacle of 91 race wins.

By winning on Sunday at the Circuit of the Americas, Hamilton would notch his 10th victory of the year and 72nd of his career — a trajectory which means that, by the end of the 2020 season, when aged 35, he may indeed have scaled Schumacher’s Everests.

Nigel Mansell, the 1992 world champion, thinks he will have done so. ‘Lewis is on the crest of a wave and I predict that within the next couple of years he will get his seventh world championship,’ he said.

‘The confidence of winning puts you on another level. And if he keeps his desire, I can’t see anyone challenging him next season either.’ 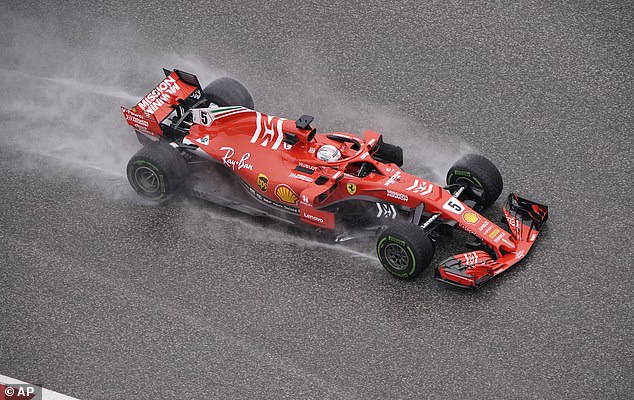 Vettel has made several errors this season, all have cost him his chance of beating Hamilton

This brings us to the tantalising Hamilton-Ferrari link. In the Mansell scenario, Hamilton has achieved every statistical feat that he could ever wish to.

In fact, he will have gone way beyond his oft-stated career aim, namely to emulate his boyhood hero Ayrton Senna, the late triple world champion.

What to do next, then? The perfect coda would be a final hurrah at Ferrari. He has always cherished the notion — expressed privately by him to friends and spoken of publicly by his dad Anthony in the early days of his son’s career — of one day wearing the red overalls.

He has been a discreet visitor to the Ferrari factory over the years and an owner of their road cars. He has never dismissed the Scuderia as an eventual destination when asked whether they are in his plans. He has instead spoken warmly if generally about the marque and their mystique. 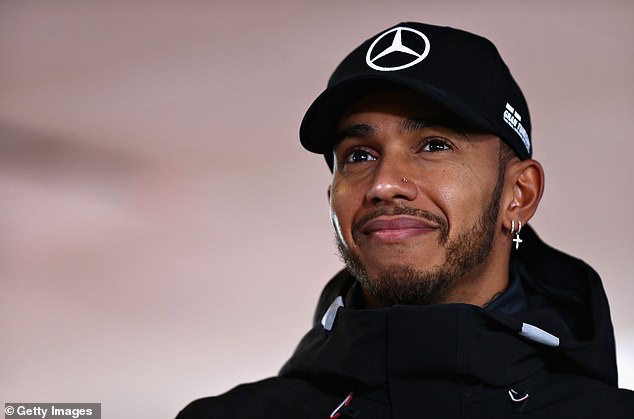 Indeed, it was only when Vettel, midway through last season, agreed a new deal to stay at Ferrari — until the end of 2020, as well, we note — that Hamilton said it was now clear what he had to do. With the Ferrari seat gone, he had to stay at Mercedes.

For Vettel, it will be hard to galvanise Ferrari after the problems of this season. They started with the fastest car but mistakes by the team — and some eight or so by him — over the course of the 18-race weekends so far undermined his challenge.

Mercedes, for their part, started to find an edge in pace from the middle-late phase of the season and Hamilton the better and faster form to rise above his machinery on the occasions he needed to.

Vettel was not failing for a lack of trying. He is a student of every aspect of his team. Schumacher, his boyhood hero, is a role-model. Yes, Vettel works tirelessly and quietly behind the scenes. But is the remedy within his gifts?

His backgammon-playing friend Bernie Ecclestone does not think so. He perceives a deeper malady at Ferrari. ‘They have gone Italian —there are too many of them in charge,’ said F1’s chairman emeritus. 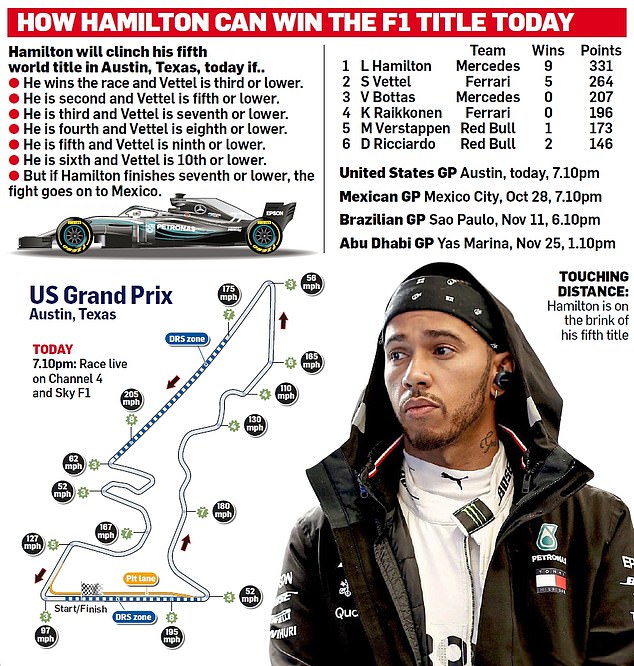 ‘That is why I got in Jean Todt [in the Nineties, presaging the Schumacher years of dominance]. He wasn’t Italian. Michael wasn’t Italian. Ross Brawn, whatever he did, wasn’t Italian. They got things done. Now there are a lot of Italians, all with an opinion, arguing about what is best to do.

‘It needs someone to say, “I’m in charge. I’ll do the right thing for the company. Nobody else can do my job. And if I don’t deliver, I’ll step aside”.’

The team has endured a year of shift, brought about by the death of chief executive Sergio Marchionne. Since then team principal Maurizio Arrivabene has found his voice. ‘Maurizio is not scared of upsetting people, but whether he does that in the right way I’m not so sure,’ said Ecclestone.

Next year, Charles Leclerc, 20, their protege, is joining from Sauber to take Raikkonen’s seat. That introduces potential for disquiet.

Vettel and Ferrari need serious repairing. It may take some time, by when Hamilton might be ready to reap his last rewards, in red.