Home » Racing » F1 » Formula One: Hamilton fuelled by boos from the crowd after Hungary pole

Formula One: Hamilton fuelled by boos from the crowd after Hungary pole 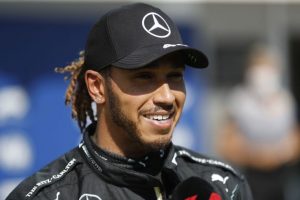 BUDAPEST (REUTERS) – Seven-times Formula One champion Lewis Hamilton said boos from the crowd would only fuel his determination after he took pole position in qualifying for Sunday’s (Aug 1) Hungarian Grand Prix.

The Mercedes driver is locked in a fierce battle with Red Bull’s world championship leader Max Verstappen, with passions running high after their collision at the previous race.

Plenty of Verstappen fans have made their way to Hungary for Sunday’s showdown, the last before the August break, and social media posts showed one orange banner hanging from a stand declaring “Sir Cheat: Karma is on its way.”

Hamilton was recently knighted in Britain.

“I appreciate the great support I have here,” said the sport’s most successful driver of all time.

“Honestly, I’ve never actually felt so great with the booing. If anything, it just fuels me. So I don’t really mind.”

Tensions between Verstappen and Hamilton are at an all-time high, with their clash two weeks ago in Silverstone resulting in a heavy crash for Verstappen that put him in hospital.

“I think it’s a consequence of the events of the last few weeks,” said Hamilton’s Mercedes team boss Toto Wolff, adding that booing had no place in the sport.

“You need to also recognise that the emotions have been very high in the last two weeks and the grandstands are packed with Dutch fans. It was an orange grandstand,” said the Austrian.

Verstappen, who will start third on the grid after being denied a fifth straight pole, said the booing wasn’t right.

“Luckily, we wear helmets so actually when you’re driving you don’t hear anything,” he said.

“That’s maybe a bit different to other sports so probably we’re quite lucky with that.

“It’s not nice but it shouldn’t influence any of us. We’re all very professional and know what we have to do on track anyway.”