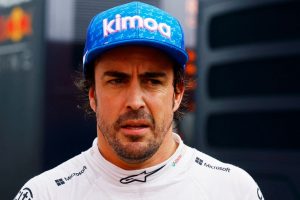 Fernando Alonso, at 41, has been accused by some of blocking the path to F1 for highly-rated youngsters. But the Spaniard’s decision to leave Alpine for Aston Martin at the end of the season could actually pave the way for two talented young drivers to secure their spots on the grid.

Alonso’s form since returning to F1, while welcome, has presented an issue to Alpine, who have highly-rated F2 champion Oscar Piastri on their books as a reserve driver. The Australian is regarded as the best driver not on the F1 grid and he was unfortunate to not secure a loan move to another team for 2022. He had been linked with Alfa Romeo but another former F2 driver, Zhou Guanyu, got the seat instead.

More recently, Piastri has been linked with Williams as a potential replacement for the struggling Nicholas Latifi, and McLaren amid uncertainty over Daniel Ricciardo’s future with the Woking team. A desire to keep Piastri and his management team – led by former F1 driver Mark Webber – happy is likely to have been behind Alpine’s preference of giving Alonso a one-year contract rather than a two-year deal.

Alonso has removed that issue by signing for Aston Martin on what is described as a “multi-year deal”. Therefore, it now seems a formality that Piastri will slot into Alonso’s car from 2023 onwards.

That would mean Piastri is no longer an option for backmarkers Williams but doubts remain over the long-term future of Latifi, whose place in the team owes much to his billionaire father Michael’s sponsorship of the team.

However, Williams, owned by American investment firm Dorilton Capital since 2020, have stressed this year that they no longer need to rely on so-called ‘pay drivers’ and can choose their line-up purely on merit.

That raises question marks over the future of Latifi, who has been comprehensively outpaced by teammate Alex Albon this season. If Williams do decide to replace the Canadian, Mercedes test and reserve drive Nyck de Vries would be a standout candidate.

What do you think about Alonso's move to Aston Martin? Have your say in the comments section below.

The Dutchman, a former F2 and Formula E champion, has actually driven a Williams this year, in a practice ahead of the Spanish Grand Prix. De Vries is a Mercedes test and reserve driver and took over Lewis Hamilton’s car for free practice one at the recent French Grand Prix.

During that weekend, Mercedes team boss Toto Wolff admitted he may have to let the 27-year-old go to allow him to further his career. And Mercedes do have a track record for sending their contracted drivers Williams’ way, with George Russell spending three seasons with the Grove squad.

Another option for Williams – and one that would be attractive from a marketing point of view – would be American Logan Sargent. The 21-year-old, a member of the Williams Driver Academy, is impressing in F2 this season and sits third in the standings after picking up two wins.