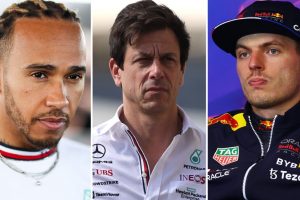 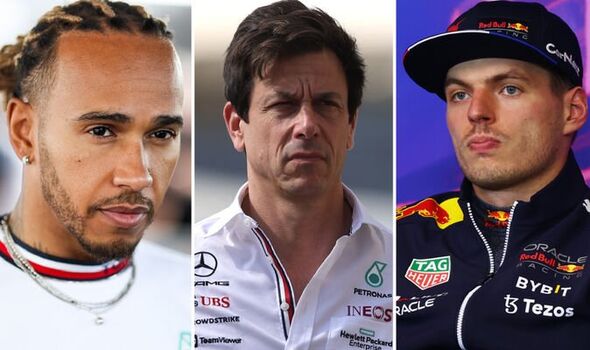 It’s the day of the Canadian Grand Prix (7pm start UK time) and there’s plenty going on in the world of Formula One while we wait for lights out in Montreal. The ninth race of the season takes place later today with Max Verstappen on pole and the overwhelming favourite to claim victory for Red Bull.

Verstappen leads the Drivers’ Championship by 21 points heading into round nine with team-mate Sergio Perez second in the standings. Ferrari suffered a double DNF in Baku last time out and so Charles Leclerc has dropped 13 points behind Perez.

In Canada, it will be the Alpine of Fernando Alonso joining Verstappen on the front row after a brilliant qualifying performance on Saturday. Lewis Hamilton also had an enjoyable day and will start P4 – a season best – in the bouncing Mercedes.

Carlos Sainz, Leclerc’s Ferrari team-mate, is sandwiched between the pair as he looks to build some momentum again. The Spaniard has had some rotten luck this season which has stopped him from rivalling Leclerd and the Red Bull duo for the driver’s title, at least until now.

Perez starts 13th with Leclerc P19 and with Montreal an overtake-friendly circuit, we could be in for some real drama later today. Until then, Express Sport rounds up all the latest stories around the F1 paddock below.

Max Verstappen expects a tough battle with Fernando Alonso into Turn One in Montreal today.

The Dutchman insists two-time world champion Alonso is still “very fast” and expects a wheel-to-wheel duel with the 40-year-old.

“To be on the front row together with Fernando, I mean, I used to look at F1 as a little kid and seeing Fernando being up there and winning his races and championships and putting it on poles,” Verstappen.

“So to be sharing the front row is a nice thing, you know, I mean, of course Fernando is getting a bit old but he’s still very fast. I know he starts very well you know, so I have to be ready.”

Mercedes chief Toto Wolff has accused his Red Bull counterpart Christian Horner and other Formula One team principals of ‘ganging up on him’ at a meeting in Montreal on Saturday, say the Daily Mail.

Porpoising, regulation changes and the current campaign so far were on the agenda between team bosses and Wolff is said to have ‘lost his s**t’ at his peers.

Mercedes are stuck in an argument with their rivals over the impact of porpoising. The Silver Arrows’ rivals such as Red Bull and co are arguing changes should not be made because Mercedes should’ve responded better to F1’s new regulations.

But Mercedes are arguing that it is in the interests of driver safety to make alterations to prevent long-term health problems caused by the shaking of the brain and spine.

Lewis Hamilton has hinted that he could quit F1 if Mercedes’ porpoising issues continue into next season.

The Mercedes driver said “only time will tell” if the bouncing of his car will play a factor in his decision to remain or leave the sport.

The seven-time champion admitted he “imagined” the issue would be fixed by the end of next season when his current contract comes to an end.

Hamilton hopes the porpoising is not something that will determine his future but failed to deny it would come into his thinking.

When asked if the issues could prevent him from signing a new contract on health grounds, Hamilton responded: “Well, I meant I imagined we’re going to get this fixed over by the end of next year, at least. So hopefully, that’s not going to be something determined from racing longer, but time will tell.”

We’ll have the Canadian Grand Prix coming up for you at 7pm – until then, there’s plenty to talk about in the world of Formula One.