Sergio Perez’s Racing Point boss believes Formula One drivers could now be forced to stay in their bubbles for the rest of the season.

Perez, 30, will miss Sunday’s British Grand Prix after he contracted coronavirus following a trip home to see his mother in Mexico.

Perez, who says he is displaying no symptoms, is also likely to be ruled out of next weekend’s 70th Anniversary Grand Prix at Silverstone if he is subjected to 10 days of quarantine. He is the first driver to have tested positive for the illness. 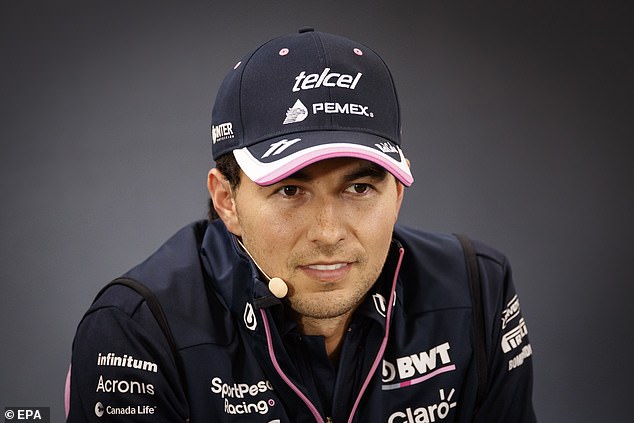 The Covid-19 Code of Conduct, drawn up by the FIA, forced members of F1’s travelling circus to stay within their so-called bubbles, consisting of three to four people, during the opening rounds in Austria and Hungary.

But drivers and team members were afforded freedom of movement following the Hungarian Grand Prix and ahead of the two races at Silverstone. There are 13 confirmed races this season, with the plan of adding five further rounds and the campaign due to end in December in the Middle East.

‘In hindsight, and hindsight is a wonderful thing, perhaps we should look at changing the Code of Conduct and say you stay within your bubble for the season,’ said Racing Point team principal Otmar Szafnauer.

‘That is something for the FIA to consider and perhaps that will change but I don’t think Sergio did anything wrong by flying back home to Mexico. 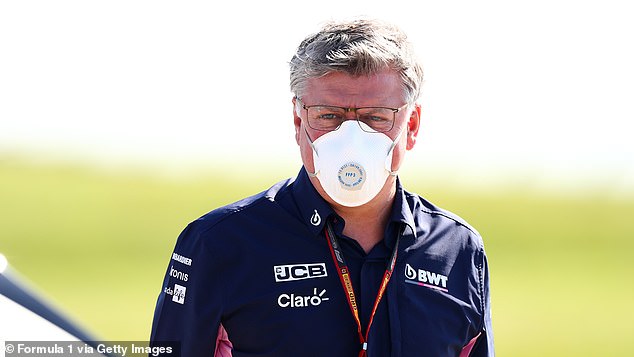 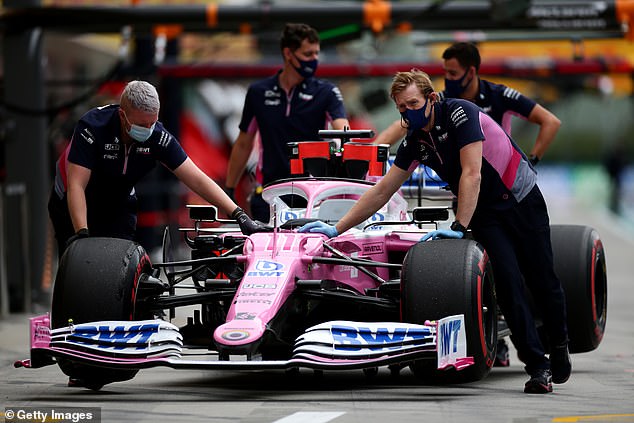 ‘We have got no clauses in his contract where Sergio has to ask permission to go back to his family in Mexico.

‘It is not a surprise he went back there, that is what he has done whilst he has been driving for us. We discussed how he would get there and it was always a private flight, so there wasn’t an issue with that.’

Nico Hulkenberg has been drafted in to replace Perez. He arrived at Birmingham Airport at 7pm from Cologne in Germany on Thursday night before travelling down to Northamptonshire.

Hulkenberg, dropped by Renault last season, returned a negative Covid-19 test result just 15 minutes before opening practice on Friday, allowing him to participate. So late was the call-up, he even had to borrow a set of overalls from new Canadian team-mate Lance Stroll.

Hulkenberg finished ninth of the 20 runners during the first running, six tenths off Stroll’s pace. 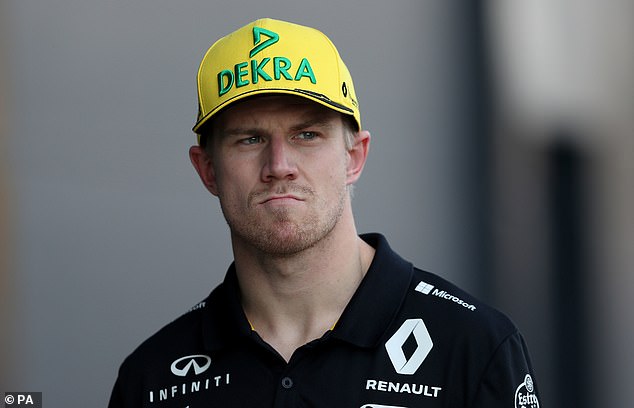 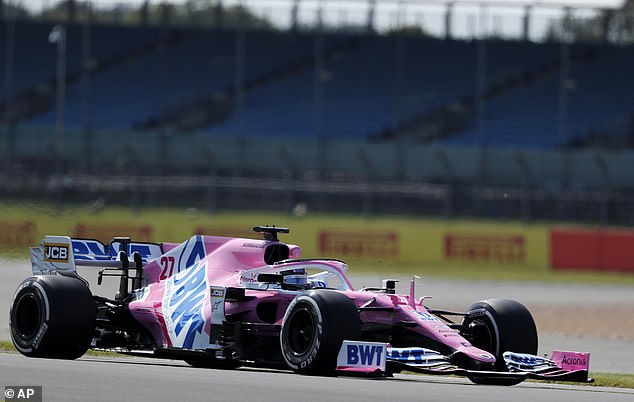 Hulkenberg finished ninth of the 20 runners during the first running, six-tenths off Stroll’s pace

In a video posted to Twitter earlier on Friday, Perez said: ‘I’m extremely sad, definitely one of the saddest days in my career. I have no symptoms at all so it just shows how vulnerable we all are to this virus.

‘I followed all the instructions from FIA, from my team. After Hungary I took a private plane to Mexico to see my mum for two days because she had a big accident. So as soon as she left hospital I was able to see her.

‘Then I came back to Europe with all the same protocols in place. And I just got it, I don’t know from where.

‘These are certainly tough moments for me at the moment, but I am sure I will come back stronger from this. I hope to see you soon at a race track.’