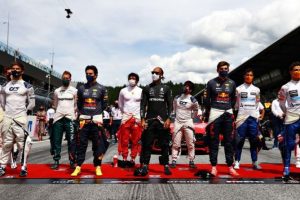 Lewis Hamilton unsurprisingly leads the way in total earnings from the top 10 F1 drivers with Max Verstappen second. Express Sport brings you a list in total with some surprise names included.

The seven-time F1 world champion has a predicted $62million to his name, miles ahead of closest rival Verstappen with $42m.

Fernando Alonso is third with his huge $25m salary for Alpine following his return to the sport.

Sergio Perez and Sebastian Vettel come next on $18m and $15m respectively.

Ferrari’s Charles Leclerc is sixth on the list with his team-mate Carlos Sainz in 10th.

Just ahead of the Spaniard is his former McLaren team-mate Lando Norris who with bonuses is set to earn around $9m.

It could all change next year though with Norris signing a new deal at McLaren.

F1 returns this weekend with the Hungarian Grand Prix before the traditional summer break.