Everything we know about Michael Schumacher’s condition after rare update 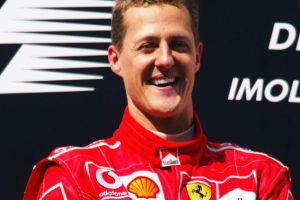 In an interview from the new Schumacher documentary on Netflix, Michael Schumacher 's wife Corinna says she misses the ex-racing driver “every day”.

"Michael is here – different, but here," she says. "He still shows me how strong he is every day."

In December 2013 soon after retiring, Schumacher was skiing off-piste in Meribel, France, with his then 14-year-old son Mick when he hit his head on a rock.

Despite wearing a helmet, he suffered a serious injury. After being air-lifted to a hospital in Grenoble, he underwent two operations before being placed in a medically-induced coma for six months to reduce the swelling on his brain.

After those six months, Schumacher was transferred to a different medical facility in Lausanne, Switzerland, closer to his home in Geneva.

It was another 250 days before he was discharged from the hospital in Lausanne, after which he still required round the clock care.

He has since returned to his Lake Geneva home, where he is cared for by Corinna and a team of medical staff.

As a result of being looked after at home, it has been suggested that his personal health care bills have exceeded £20million.

It has been reported that the motorsport legend is suffering from osteoporosis, which weakens bones, and muscle atrophy, which causes muscles to waste away, due to him being unable to move since the tragic accident.

In September 2019 Schumacher was secretly admitted to the Pompidou hospital in southwest Paris for a stem-cell transfusion treatment by Philippe Menasche.

Public updates on Schumacher's state have been few and far between over the last eight years and Corinna says in the documentary that that is a result of her husband's wish.

Corinna told viewers: “We are trying to carry on as a family, the way Michael liked it and still does.

“We live together at home. We do therapy. We do everything we can to make Michael better and to make sure he’s comfortable.”

She added: “We are getting on with our lives, ‘private is private’ as he always said. It’s very important to me that he can continue to enjoy his private life as much as possible.

“Michael always protected us, now we are protecting Michael.”

The documentary, which was released today, discusses the impact of the incident on his life and features comments from family and those close to the German.