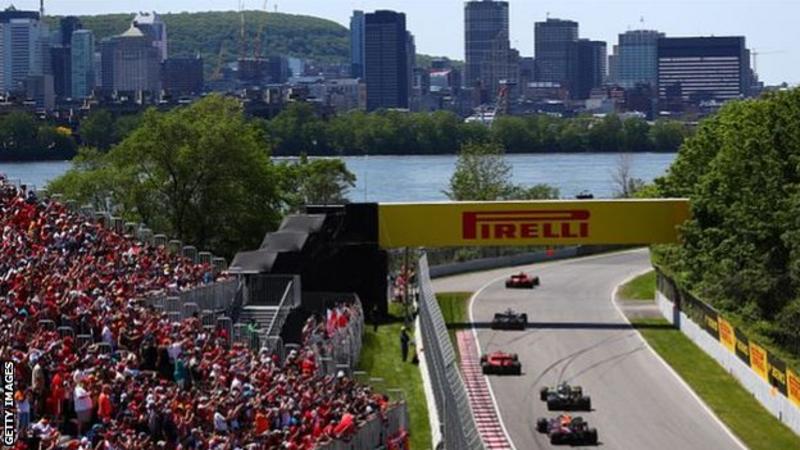 The organiser of the Canadian Grand Prix says there are about three weeks before a decision has to be made whether to postpone the race.

The event, on 14 June, is the first on the original schedule not yet postponed in the wake of the coronavirus crisis.

“We would have to make a decision by Easter weekend [11/12 April],” Canadian GP promoter Francois Dumontier said.

“If the situation has improved by then, we could have the site ready on schedule.”

The race in Montreal is held on a semi-permanent street circuit on the Ile Notre Dame in the St Lawrence Seaway, which makes the task of preparing the track easier than at the two races that preceded it on the calendar, Monaco and Azerbaijan.

“We’re in a better position than Monaco or Baku where they race through the city streets and have to build a track,” Dumontier added in a media briefing on Tuesday

“We have the track. We’re optimistic but we also know things change by the hour, so we’re also realistic.”

However, for the Canadian Grand Prix to go ahead on its original date, other countries – particularly European nations such as the UK and Italy, where the vast majority of F1 teams are based – would have to relax restrictions on their populations.

Dumontier said that if his race could not be held on its original date, it “would not be cancelled” but slotted into the revised calendar being planned by F1.

F1 chairman Chase Carey said on Monday that he hoped to start a revamped season of 15-18 races some time in the summer, and emphasised that all races could move from their original dates.

But Dumontier emphasised that there was a limited timeframe for a rescheduled race in Montreal because of the city’s hard winter.

“We must completely forget the current F1 calendar,” he said. “Countries will change dates. We will have to make certain concessions, or accommodations.

“Obviously, as we know, I will not be able to present the Canadian Grand Prix in November in Montreal. It has to be within the months that allow it… we would be talking about the end of summer, or the beginning of fall [autumn].”