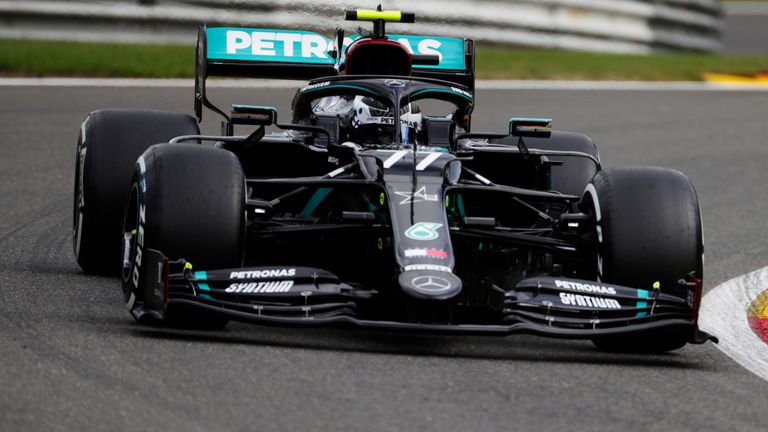 Valtteri Bottas set the pace for a predictably-fast Mercedes in first practice for the Belgian GP, but Max Verstappen and Sergio Perez were both close challengers in a fiercely-competitive start to the weekend.

The top four were split by just 0.136s – although Ferrari were nowhere near that fight with Charles Leclerc and Sebastian Vettel only 14th and 15th.

With F1 heading to the famous Spa-Francorchamps circuit for round seven of its unique 2020 season, few drivers are in need of a positive result more than Bottas after falling 43 points behind Lewis Hamilton in the standings.

And the Finn finished the opening session 0.069s ahead of his in-form team-mate, sealing Mercedes’ eighth straight practice one-two in F1 2020.

That highlights just how strong the championship leader’s package is, but it was an extremely closely-matched Practice One in Spa.

Fitting the same soft tyres as the Mercedes, Verstappen was within a tenth (0.081s) of Bottas in a Red Bull featuring a tiny rear wing – aiming for top speed at the fast track – with Perez not far off at all in fourth. 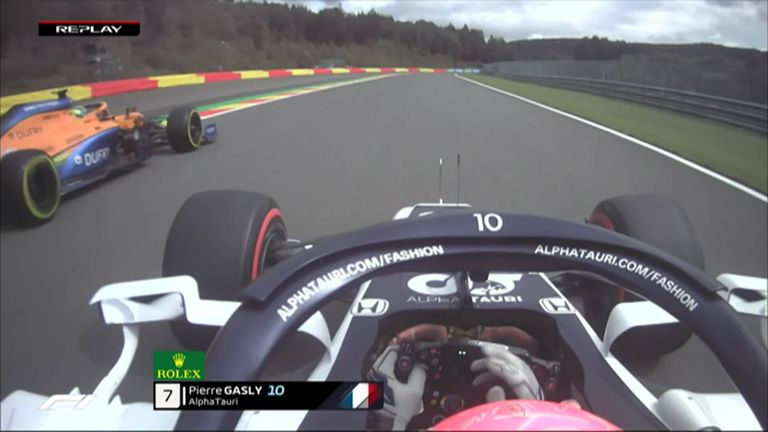 Red Bull and Racing Point look set to be Mercedes’ main rivals this weekend, and Toto Wolff admitted it was a “very difficult session” despite topping the timesheets.

“Not to our expectations,” the Mercedes boss told Sky F1. “The car is normally very stable, the balance is right straight from the beginning, but [in P1] we weren’t in the right spot. So we need to experiment.”

Lance Stroll was three-tenths off the pace in fifth with Alex Albon, another driver under pressure, sixth in the other Red Bull. Renault and McLaren, meanwhile, completed the top-10.

But conspicuous by their absence in those leading cars were Ferrari.

Leclerc and Vettel both fitted the fastest tyre available but finished P1 behind the likes of Daniil Kvyat and Kimi Raikkonen, and 1.2s and 1.6s slower than Bottas respectively. 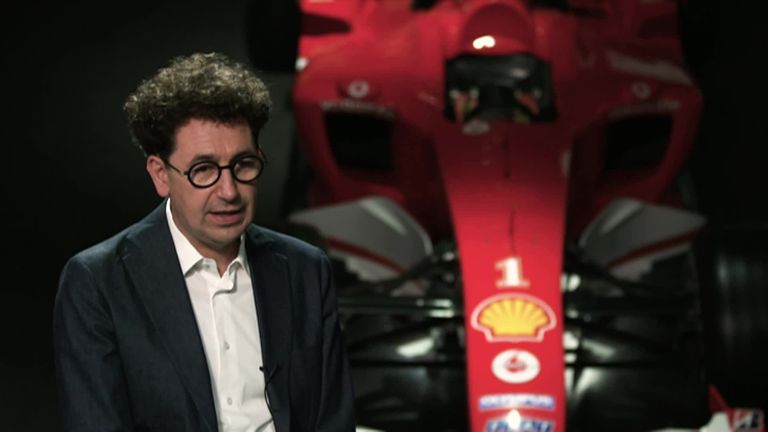 “We’re expecting them to struggle around here, but obviously that’s not their true performance (14th and 15th),” said Sky F1’s Martin Brundle.

“They must be heavily laden with fuel and on let’s hope they are on eco mode with the engine. It would be an absolute shocker if they were down there tomorrow.