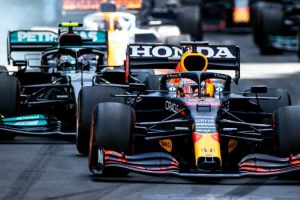 New F1 championship leader Max Verstappen expects Mercedes to be more competitive on the streets of Baku than Monaco, while he sets his own sights on improving his record at the Azerbaijan GP.

For the first time since the 2018 German GP, F1 heads into a race weekend with Mercedes not at the top of either world championship table after they were overhauled by Red Bull on a difficult weekend for the world champions in Monte Carlo.

It is also the first time that Verstappen has led the standings in his five years of F1 but the margins at the front remain increasingly close. The Dutchman leads Lewis Hamilton by four points, with Red Bull just a single point clear of their Brackley rivals.

Baku is another street circuit, but features significantly faster straights than Monaco.

“The track is ok but probably not a favourite of mine if I’m honest,” said Verstappen, who famously crashed with then-team-mate Daniel Ricciardo there in 2018.

“I’ve never been on the podium there so it’s time to change that.

“Let’s see how competitive we are, I do expect Mercedes to come back strong there though.”

Mercedes have won on three of F1’s four previous visits to the Azerbaijani capital and Red Bull chief Christian Horner acknowledged: “It has been a strong track for Mercedes in the past and so we’re not under any illusions.

“I’m sure they are going to bounce back hard and we have got to go there and attack the weekend exactly as we have every race so far this season.”

Meanwhile, the rumbling technical controversy in the sport over flexible rear wings could prove the big off-track story of the Baku week.

The introduction of more stringent static tests by the FIA do not come into force until the French GP in two weeks’ time, meaning those teams whose rear wings have been under scrutiny – such as Red Bull, Alfa Romeo and Ferrari – can run such designs if they choose as they pass the current tests. 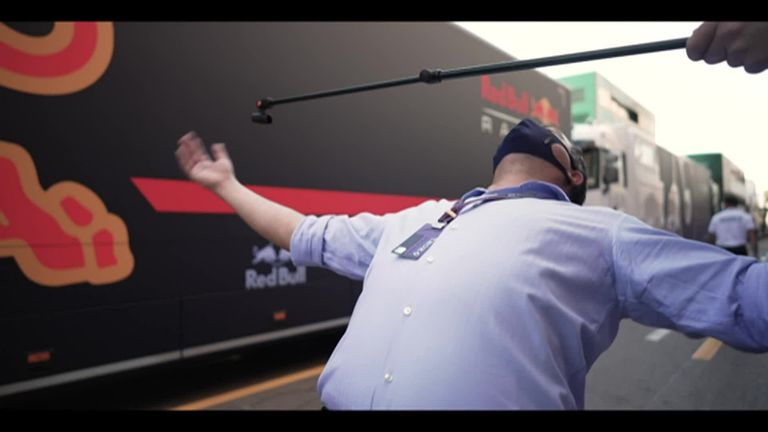 Mercedes and McLaren have both criticised the timeframe of introducing the new tests, pointing to the importance of straight-line speed in Baku, and Toto Wolff warned after the last race in Monaco that the matter was headed for protest in Azerbaijan unless the FIA acted beforehand.

“So I guess the FIA is going to clarify things before Baku because if not it could be very messy.”

Red Bull have countered Mercedes’ claim by suggesting that the front wing on the world champions’ W12 flexes when on circuit.

But Wolff said: “We have analysed the front wings and they are bending exactly the same way, the Red Bull and the Mercedes wing, so we could be protesting each other on the front wing also.

“But it’s clear that the rear wing bends more than it should under the rules. It has been classified as non-conformant but we are left in a vacuum where a new test will be introduced after Baku.

“So it is what it is but we are pretty robust in our legal position, and it’s just an advantage.”