Alex Albon went from being “too nice” to “angry” at the Tuscan GP to earn a long-awaited first F1 podium, earning praise from Red Bull while also admitting he had “Lewis Hamilton flashbacks” during his decisive overtake.

In his 18th race with the team, Albon took advantage of an incident-packed Mugello race to finally finish in the top three – superbly passing Sergio Perez and Daniel Ricciardo after the third restart of an incredible afternoon.

“Thanks for sticking with me,” said Albon on team radio, before speaking to Sky F1’s Ted Kravitz on The Notebook.

“The team has supported me since Day One. It’s really good to get a podium, just to show that I can do it.”

Albon’s podium came amid increasing pressure, particularly with Pierre Gasly – the man he replaced – winning the last weekend’s Italian GP with AlphaTauri. But with Gasly, and team-mate Max Verstappen, crashing out early at Mugello, Albon shone. 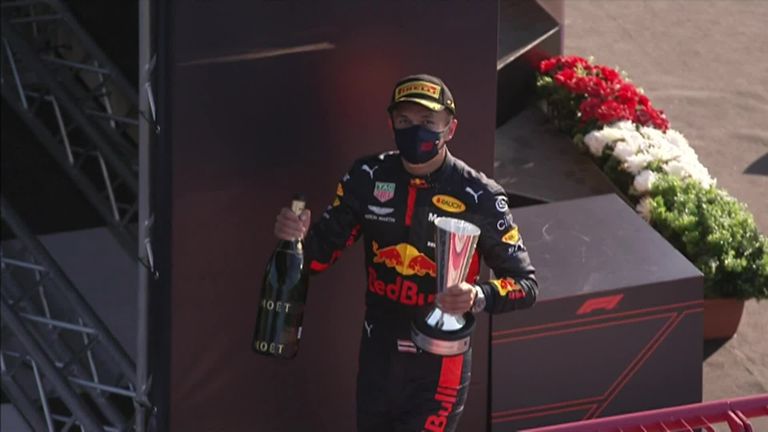 “I’m really pleased for him because he’s weathered a little bit of criticism and he’s bounded back,” Red Bull boss Christian Horner told Sky F1. “For him to get that podium today he had to do it the hard way, he had to really fight for it.”

Reacting to Albon’s polite radio message, Horner stated: “If anything, he’s too nice! But once he puts the helmet on, there’s a real racer in there.

“There’s a big difference between thinking you can do it and knowing you can do it, and I think this podium will give him a boost of confidence and self-belief. I think he’ll build from here quite nicely.”

Not that Albon thinks he’s “too nice”. 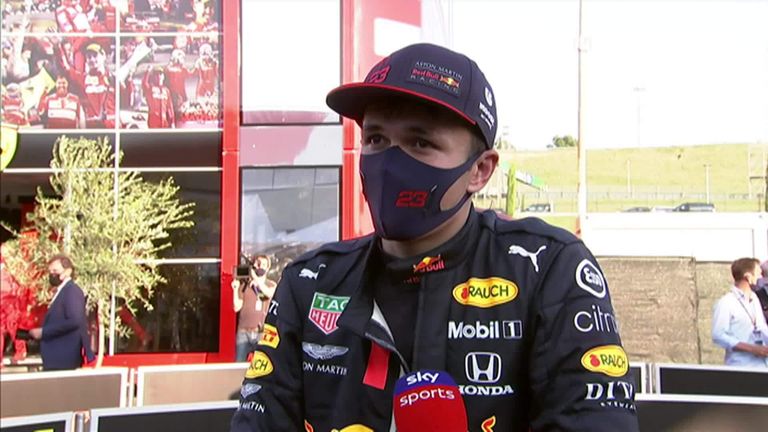 “I don’t think I race very nice!” he said. “I have my elbows out on circuit, and I am very different. When I have my helmet on, I have a bit more fire in the belly.

“When I lost a position initially to Sergio at the restart, I was a little bit, let’s say, angry, and I knew I had to get past him. As soon as I saw Daniel, then I knew, I’m not going to let this one go.”

A superb move around the outside of the Renault around Turn One would follow, although Albon – who has had two race-altering collisions with Hamilton in previous podium battles – admitted he was nervous.

“I had the Lewis flashbacks going into the corner, but Daniel left enough space and it was all OK!” he said.