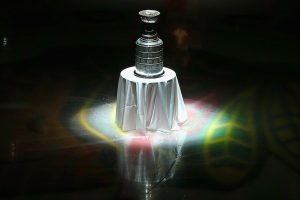 The NHL and Turner Sports have reached a seven-year rights agreement beginning in the 2021-22 season that includes the Winter Classic and three Stanley Cup Finals.

The deal, worth $225 million annually, ends the NHL’s 16-year relationship with NBC Sports. The league previously signed a seven-year deal that makes ESPN its primary rights holder starting next season.

“Despite a lot of speculation to the contrary, we part friends, each of understanding why we made the decisions that we both made to reach this point,” NHL commissioner Gary Bettman said of NBC Sports.

Jeff Zucker, chairman of WarnerMedia News & Sports, said there’s been no decision made on which day the NHL would air on Turner Sports networks, which already have Major League Baseball on TBS and the NBA and All-Elite Wrestling claiming nights on TNT. Turner Sports also has a portion of the rights for the NCAA men’s basketball tournament.

As part of the deal, there will be live streaming and simulcast rights for HBO MAX, and expansive digital and highlights rights for Bleacher Report.

“We have the ability to put games there, but the initial focus will be on the Turner networks,” said Zucker of HBO MAX, adding that “as the consumers continue to skate to where the puck is, we will be there. But it’s not imminent and it’s not going to happen this year.”

Turner Sports will have “TV Everywhere” rights that will allow its networks to make NHL games and related programming available to “authenticated subscribers across all WarnerMedia platforms.”

Zucker said that Turner Sports was always interested in acquiring the rights to premium sports properties like the NHL. “It’s something we made clear to the NHL over the last year or so. In terms of when we became much more serious about it, we’ve had ongoing conversations over the last several months and in the last few weeks it raised to the next level,” he said.

ESPN and the NHL announced a seven-year deal in March, returning hockey to ESPN for the first time since 2004. Included will be 25 regular-season games on ESPN or ABC, early-round playoff series and one conference final each year, four Stanley Cup Final series on ABC and more than 1,000 games per season streaming on ESPN+. ESPN+ and Hulu will be home to 75 ESPN-produced exclusive telecasts per season. The deal also includes opening-night games, the NHL All-Star Game and Skills Challenge and other special events. International rights in Latin America, the Caribbean and parts of Europe are also part of the deal, as are extensive highlight rights for ESPN’s digital platforms.

The NHL’s out-of-market streaming package (NHL.TV) is also moving to ESPN+ as part of its subscription offerings.

As for NHL Network, Bettman said that the league envisions continuing the hockey cable channel “in some form,” but that “how we continue to distribute it and produce it is something we’re now going to focus on.”

Bettman said rights for the World Cup of Hockey, last seen on ESPN in 2016, will be negotiating with media partners when the league and the NHLPA jointly decide to move forward with the next edition.

The commissioner also said that severing ties with NBC wouldn’t have an impact on the league’s Winter Olympic future. The league and its players collectively bargained to participate in the next two Winter Games, both of which will be aired on NBC networks.

“There are still a lot of things that have nothing to do with NBC that will have to be resolved before we go to the Olympics in Beijing [in 2022],” said Bettman.