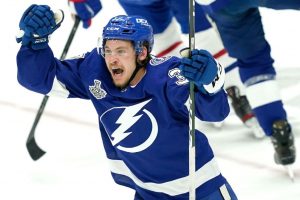 The Seattle Kraken will stretch their tentacles and pluck players from 30 teams on Wednesday night in the NHL expansion draft, starting at 8 p.m. ET on ESPN2.

Every team except the Vegas Golden Knights, the 2017 expansion franchise that was exempt from this draft, submitted lists of protected players to the NHL on Saturday. Twenty-seven teams protected seven forwards, three defensemen and one goaltender, while the Nashville Predators, Tampa Bay Lightning and Toronto Maple Leafs went with the eight skaters and one goaltender protection scheme instead. These were the same rules under which the Golden Knights built their team.

Just like the teams had to expose certain required players, the Kraken have some quotas to hit in their draft. They must take at least 14 forwards, nine defenseman and three goalies. Seattle must choose a minimum of 20 players under contract for the 2021-22 regular season, ones who have “an aggregate expansion draft value that is between 60%-100%” of the $81.5 million salary cap ceiling.

Keeping in mind that we’re not privy to all the side deals that ensure certain players aren’t selected by the Kraken — or ensure that certain ones are — here are our best guesses for which players Seattle selects in the expansion draft.