Jackets assistant out after declining vaccination 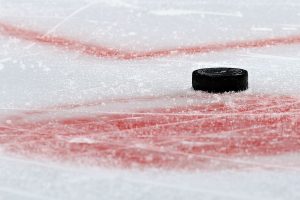 Assistant coach Sylvain Lefebvre is out with the Columbus Blue Jackets over his decision not to receive a COVID-19 vaccine, general manager Jarmo Kekalainen confirmed to ESPN on Monday.

“Per NHL protocol, he is unable to do the job we hired him for,” said Kekalainen.

Last month, the NHL sent a memo to its teams stating that any person whose job entails them to be within 12 feet of club hockey operations personnel, including players, “are required to be fully vaccinated.”

Lefebvre was hired in June to join new head coach Brad Larsen’s staff, after serving as an assistant coach with the AHL San Diego Gulls, the Anaheim Ducks’ affiliate, for three seasons.

AHL Cleveland Monsters associate coach Steve McCarthy has been promoted to the Blue Jackets bench to replace him.

“Steve has done a great job working with our young defensemen in Cleveland the past five years and is ready for this opportunity,” Larsen said in a statement. “He is a really bright, young coach with a great work ethic and I’m excited about what he will bring to our staff.”

Lefebvre played 14 seasons in the NHL as a defenseman for the Montreal Canadiens, Quebec Nordiques, Colorado Avalanche and New York Rangers.

He’s the NHL second assistant coach to part ways with his team due to the COVID vaccine mandate. San Jose Sharks associate coach Rocky Thompson stepped down from his role due to a medical exemption that prevents him from receiving a vaccination.

NHL sources had said that a large majority of players have been vaccinated before the 2021-22 season. Unvaccinated players will face significant restrictions this season, especially when traveling on the road. Teams can suspend unvaccinated players who are “unable to participate in club activities.”

The League is offering players the chance to opt out of the season due to personal health concerns before an Oct. 1 deadline.