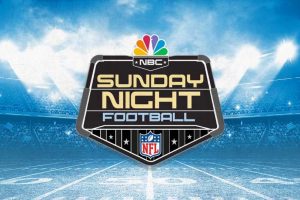 The AFC currently has 12 teams with a record of .500 or better. That’s beyond unusual and it is going to make for a dramatic (and potentially confusing) finish to the season. Even at this early stage in the 18-week campaign, every game between AFC teams involved in that logjam matters.

That will include “Sunday Night Football” this week. The matchup featured in this one is between two teams that were holding onto the Nos. 5 and 7 seeds in the AFC at the end of action in Week 10. That would put them in among the final three Wild Card teams, but five, five-win teams are breathing down their necks.

So, this game will be critical for both the home and visiting teams, as it will decide which squad has the inside track to a playoff berth.

The home team is favored, as they have the edge on offense. Justin Herbert, Austin Ekeler and Keenan Allen comprise a strong trio on that side of the ball, and Mike Williams contributes too. He hasn’t been healthy, but that quartet has helped carry the Chargers to victory on more than one occasion this year.

The other team is almost the polar opposite of the Chargers. The Steelers have a strong defense and a mediocre offense that is led by running back Najee Harris. Pittsburgh is a bit beat up because of COVID-related absences and injuries, and their quarterback situation is murky. If they win, it will be because they grind out a game. They’re unlikely to be an offensive juggernaut, though Harris has an advantage against a weak Chargers run defense.

Below is more about the Week 11 matchup, plus everything to know about how to watch “Sunday Night Football.”

The Steelers (5-3-1) are traveling to Los Angeles to take on the Chargers (5-4) that will prove crucial in the AFC Wild Card race.

The Steelers haven’t lost since Week 4, but they are coming off a 16-16 tie against the Lions. Ben Roethlisberger was iffy coming into the game after testing positive for COVID last Saturday, so Mason Rudolph could quarterback the team once again. He had trouble against the Detroit, and the team’s offense sputtered for a majority of the game.

The defense also has injured concerns. T.J. Watt is dinged up and if he doesn’t play, the Steelers’ defense could struggle immensely against Justin Herbert, who is a good quarterback that has gone through a bit of a rough patch.

The Chargers are just a game back of the Chiefs in the AFC West race, but they have dropped three of their last four games. Their only win in that span was a three-point victory over the Eagles. Herbert has played well at times, but untimely turnovers and the NFL’s worst run defense have hampered the Chargers’ upside. They’ll hope to bounce back in this matchup but will have to find a way to slow down Najee Harris to do that.

There are several COVID concerns on both sides of the ball. Roethlisberger and Minkah Fitzpatrick for the Steelers and Joey Bosa and Jerry Tillery for the Chargers. The pending statuses of each player could swing the balance of this game, but the Chargers are currently favored to win.

What time is the NFL game tonight?

The Chargers vs. Steelers game will begin at 8:20 p.m. ET. The game will take place at SoFi Stadium in Inglewood, Calif. Local kickoff time for this game will be 5:20 p.m., as California operates on Pacific Standard Time.

What channel is “Sunday Night Football” on tonight?

NBC is the home of “Sunday Night Football” for yet another season, and the network will air the Week 11 game between the Chargers and Steelers. Al Michaels will serve as the play-by-play man for the contest while Cris Collinsworth serves as the in-game analyst. Michele Tafoya will be the sideline reporter for this game.

Drew Brees, Tony Dungy, Mike Tirico, Chris Simms, Mike Florio, Jac Collinsworth and Maria Taylor will be among the personalities that host NBC’s pregame and halftime coverage of the game.

Streamers will be able to watch this contest by using NBCSports.com, the NBC Sports App, Peacock or fuboTV, which offers a 7-day free trial.

Meanwhile, viewers in Canada can watch the game on DAZN free with a 30-day trial.

All “Sunday Night Football” games are broadcast on NBC, which owns the exclusive broadcast rights for the program. As such, the network’s online platforms — including the NBC Sports app and NBC Sports.com — are the best places for cable and satellite subscribers to watch the game. The company’s relatively new streaming service, Peacock, also stream the game free.

For cord-cutters, there are plenty of live streaming options for “Sunday Night Football.” Below are all of them.