Home » NFL » Who needs a Super Bowl LVI win the MOST? Aaron Rodgers tops the list 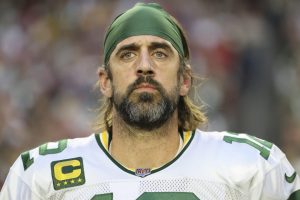 Former NFL player and scout Bucky Brooks knows the ins and outs of this league, providing keen insight in his notebook. Today’s installment is more concentrated than usual, exploring which individuals are under the most pressure this postseason …

As a rookie kick returner for the Buffalo Bills back in 1994, I remember sitting in the locker room and listening to Jim Kelly, Thurman Thomas, Andre Reed and Bruce Smith discuss the difference between the NFL playoffs and the regular season. Each pointed out how the game is much faster and more intense in the postseason, due to the urgency created by the “win or go home” implications of the single-elimination tournament. With the Bills coming off four straight Super Bowl losses when I joined the team, I could sense the pressure mounting on the four future Hall of Famers to finally give Buffalo a Lombardi Trophy.

They never did accomplish that goal, but their words of wisdom regarding the ramped-up atmosphere of the NFL playoffs always stuck with me. The postseason is indeed a whole different animal. That’s what makes it so thrilling, for players and fans alike. With a searing national spotlight focused on every single playoff game, it’s an electric environment featuring the highest of stakes. Legacies rise and fall over the span of one game — or even one play.

Poring over the Divisional Round field, I see plenty of players, coaches and executives under immense pressure to perform. The race for the ring causes some to flourish, others to flatline. Having taken some time to assess each of the eight remaining teams, I’m ready to answer the following question:

Who needs a Super Bowl LVI win the MOST?

These are the six individuals who stand out to me …

After creating a year-long soap opera in Green Bay with countless headlines, cryptic comments and controversial antics, Rodgers needs to cap off the 2021 season with a Super Bowl win to change the narrative surrounding his legacy. While the soon-to-be four-time MVP is a lock to wear a gold jacket down the road, Rodgers is viewed as a bit of an underachiever due to his individual accomplishments failing to translate into extraordinary team success. Yes, Rodgers has won a Super Bowl, but that occurred 11 years ago — and it’s the only time in his career that he’s even made it to the Lombardi Trophy game. So, while many people tout Rodgers as one of the best to ever do it at the game’s most important position, his ring count clearly pales in comparison to that of Tom Brady. Furthermore, Peyton Manning, Eli Manning and Ben Roethlisberger are three other contemporaries with multiple titles, giving them more championship juice than Mr. Rodgers.

Now, Rodgers has guided the Packers to the past two NFC title games. In fact, he’s reached Championship Sunday in four of the last seven seasons. But he just hasn’t been able to get over the hump and return to the sport’s biggest stage. Falling short once again would prompt critics to take a closer look at why he has been unable to get the job done in the playoffs despite his immense arm talent and savvy. Although Rodgers’ supporters tend to pin the blame on others (the coaching staff, the front office, the supporting cast), the onus is on No. 12 to put the “title” back in Titletown. With Green Bay owning the NFC’s No. 1 seed for the second consecutive season, Rodgers must deliver. If he falls short again, the postseason shortcomings will increasingly taint his overall legacy.

Yep, we’ve got a package deal here with McVay and Snead. Their unorthodox method of team building has raised eyebrows around the league. The Rams continue to seemingly mortgage their future by acquiring star power at the expense of draft picks. With a Super Bowl win viewed as the only way to validate the plan, Los Angeles must deliver some hardware to make up for the loss of high-value picks through 2023.

The Rams also need a Lombardi Trophy to justify their decision to move on from a quarterback who guided the team to Super Bowl LIII while also claiming a pair of Pro Bowl nods. The gamble to swap out Jared Goff for an unproven playoff performer in Matthew Stafford puts this team in a spot where anything less than a Super Bowl win is considered a failure.

Given the high-stakes gambles McVay and Snead have taken in chasing a ring, these Rams are operating under a “title or bust” mandate that ratchets up the pressure in the playoffs.

Despite being recognized as one of the brightest offensive minds in football, the young Shanahan must earn a ring to shake off the “choker” label from a pair of meltdowns in previous Super Bowls. While the criticism is a little harsh based on how each of those games played out, the fact remains that Shanahan has been a part of two teams — the 2016 Falcons and 2019 49ers — that have blown comfortable leads in the fourth quarter. With that cloud hanging over his head, the 49ers’ head coach desperately needs to a Super Bowl win on his résumé.

While the 49ers entered the tournament as a No. 6 seed, they’ve bullied the Rams and Cowboys in back-to-back weeks, re-raising expectations among the Faithful. While the Niners haven’t won a Super Bowl in 27 years, the franchise is now three wins away from Lombardi Trophy No. 6. Can Shanahan finish the job this time around?

In a quarterback-driven league, running backs have been rendered second-class citizens despite their importance to an offense making a championship run. Henry might be the most impactful back in the league, based on his ability to take over the game as a runner and set the table for Ryan Tannehill and the Titans’ play-action passing game. The extra-large runner is a nightmare to defend with his size, strength and power overwhelming opponents between the tackles and on the perimeter.

With Henry trending toward returning to the lineup after missing the final nine games of the regular season due to a foot injury, the two-time NFL rushing champ gets a chance to show the football world that he is still capable of putting the offense on his back as an old-school workhorse runner. If No. 22 fails to get it done this season — in the middle of his prime, with the Titans owning the No. 1 seed — it could be an uphill battle going forward. It’s fair to wonder if “King Henry” will be able to sustain his performance and production in future years, given the wear and tear his body has taken from an extensive workload over the past few years.

The rising superstar is making a run at the No. 1 spot on quarterback lists around the league, but he needs some hardware to join the likes of Tom Brady, Aaron Rodgers and Patrick Mahomes at the big-boy table. As the third player in NFL history with 30-plus passing touchdowns and 750-plus rushing yards in a single season, Allen has developed into an extraordinary one-man show for Buffalo. The fourth-year pro has the capacity to win games with his arm or legs, and the Bills have fully unleashed him this season as they seek that elusive Lombardi Trophy that would help erase the horrors of those four straight Super Bowl defeats.

If Allen is able to end the Bills’ title drought, he’ll instantly become a Buffalo legend — and could emerge as the face of the league.