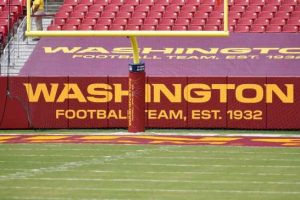 The Washington Football Team announced Wednesday that it has hired Natalia Dorantes to serve as its coordinator of football programs, making her the first Latina to fill that role in the NFL. Dorantes also will become the third woman to have this job.

Callie Brownson, the Cleveland Browns’ chief of staff, and Sarah Hogan, the Atlanta Falcons’ coordinator of head coach operations, are the other women in similar roles.

Dorantes participated in the NFL’s women’s coaching forum in February and was part of Rivera’s virtual roundtable. She told The Athletic that she first reached out to Rivera during that event via direct message on Twitter, simply trying to get “on his radar.”

She was Texas A&M’s communications coordinator for the football team; she joined the Aggies in 2017 as a creative recruiting coordinator after serving as a social media content creator for the NFL that same year.

In the past 16 months, Washington has hired a Hispanic coach (Rivera), the NFL’s first black president (Jason Wright), the NFL’s first Black female assistant coach (Jennifer King) and the first woman as part of a team’s broadcast booth (Julie Donaldson, who also serves as the senior vice president of media). Washington hired a Black general manager earlier this offseason in Martin Mayhew.

Rivera told the team’s website that he typically handled the role Dorantes will handle. But while undergoing cancer treatments this past season, he sought to lighten his load. And, he told the team’s site, he liked not having to do certain tasks and sought to hire someone for that role permanently. Rivera, the top football person in the organization, said one reason he wanted a general manager was to have someone who could perform tasks that free him up to focus more on coaching.