Home » NFL » Welcome to the NFL playoffs: Mini previews for all 14 teams, and how each can win

Welcome to the NFL playoffs: Mini previews for all 14 teams, and how each can win 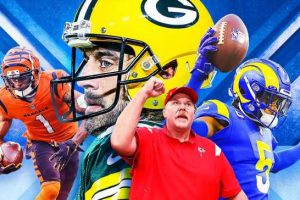 Every game counts in the NFL, as we like to say, largely because the league uses its schedule to ensure it. Once again, its playoff field was not finalized until the 272nd and final game of the 2021 regular season. The Raiders’ overtime victory over the Chargers on Sunday night locked in the AFC’s final spots and set in motion the most exciting month of the NFL calendar.

While 2021 featured the NFL’s first 17-game season, it was the second year of an expanded 14-team playoff format. The No. 1 seeds in each conference — the Titans in the AFC and the Packers in the NFC — will receive first-round byes. The remaining 12 teams will play in next week’s three-day wild-card extravaganza: two games on Saturday, three on Sunday and a new Monday night finale to be broadcast by ABC/ESPN. Last season’s top seeds each made it to their respective championship games, and the Chiefs also got to Super Bowl LV. But the eventual champion was the Buccaneers, who had advanced as a wild-card team. In other words, it’s time to buckle up and prepare for some unexpected twists and turns.

Our playoff primer will preview the wild-card matchups and take a broader look at what each team must do to reach Super Bowl LVI next month at Los Angeles’ SoFi Stadium along with their updated chances via ESPN’s Football Power Index (FPI). Odds are via Caesars Sportsbook.