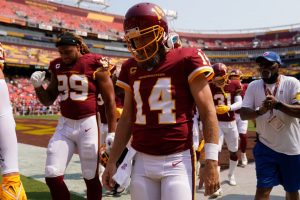 ﻿Ryan Fitzpatrick﻿ will be sidelined at least three weeks following his Week 1 injury.

An MRI revealed the Washington quarterback suffered a hip subluxation in Sunday’s loss to the Chargers, confirming earlier reports, NFL Network Insider Ian Rapoport reported. Fitzpatrick will be placed on injured reserve, but the injury is not yet considered season-ending, Rapoport added.

Around The NFL will have more on Fitzpatrick’s injury shortly.