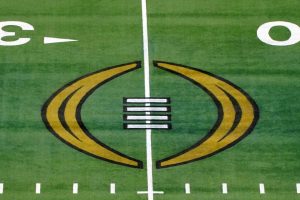 Thursday’s announcement that a College Football Playoff subcommittee is recommending an expansion to 12 teams from the current four seems almost certain to add a new element to the now full-volume debate over the treatment of athletes playing major-college sports.

An expansion of the CFP would trigger a massive increase in schools’ revenue from the event, and while that may be years away, the conversation about it now comes amid ongoing federal legislative actions concerning athletes’ compensation, as well as their health, safety and educational opportunities.

On Wednesday, the U.S. Senate Commerce Committee held a hearing that had been scheduled to focus on how best to craft a federal law that would expand athletes’ ability to make money from their name, image and likeness (NIL) through activities like endorsement deals, monetizing their social-media followings or getting paid for signing autographs. The NCAA has been pressing for a Congressional solution to an array of recently passed state NIL laws, seven of which would allow NIL activities by athletes, beginning July 1.

But with the association also seeking protection from lawsuits connected to its athlete-compensation rules, several committee members focused their remarks and questions on health-care coverage for athletes and the NCAA’s safety standards, which are in the form of guidelines rather than enforceable rules.

In statements to USA TODAY Sports on Thursday night, two senators indicated that they viewed the CFP expansion proposal as problematic in the current environment for athletes.

MORE: How last season's CFP would have looked with 12 teams

“The only guaranteed outcome of an expanded playoff field and longer season is more league profit that the players won’t see a dime of – it’s just another cash grab,” said Richard Blumenthal, D-Conn., who chairs a Commerce subcommittee that could be the first stop for a college sports bill. “I doubt if the fact that this will increase the risk of player injury even came up.”

Said Chris Murphy, D-Conn., who had offered two college-sports bills this Congressional session: “This is another example of the big-time college sports executives and administrators making decisions just to increase their own revenue, while continuing to put the needs and health of college athletes on the back burner.

“It's crazy that the athletes who create the product have zero say in a decision as big as this, and will get none of the millions in profit that will be created by additional games. This is exactly why I introduced legislation that would help these athletes organize and collectively bargain for themselves.”

The action on Capitol Hill will continue next week, as the Commerce Committee announced late Thursday it will have another hearing June 17. The session will “highlight the experiences of college athletes as Congress considers proposals to enable the athletes to monetize their name, image, and likeness … improve athlete health care; and enhance scholarship protections and transfer rights; among other matters,” a committee release said.

The witnesses were not immediately identified, but during Wednesday’s hearing, committee chair Maria Cantwell, D-Wash., said she planned to hold another session in which she intended to have athletes as panelists.