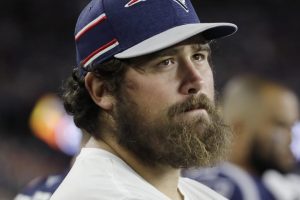 In the No. 37 spot on Gregg Rosenthal’s Top 101 free agents of 2021, the 29-year-old Andrews has been both a mainstay on the Patriots offensive front and an uplifting comeback story.

After missing all of the 2019 season due to blood clots in his legs, Andrews returned to the Pats in 2020 and despite the team’s travails still performed well overall.

As the Patriots have garnered headlines for bringing new talent into the mix this week, Andrews’ return is one that bodes well. Andrews is a longtime team captain and a locker room leader. Perhaps that’s a reason the Dolphins had interest in him, as reported by Garafolo. Miami is coached by former Pats assistant Brian Flores, after all.

In the end, it seems Andrews and the Pats are getting what they want and that’s the return of the center to New England.