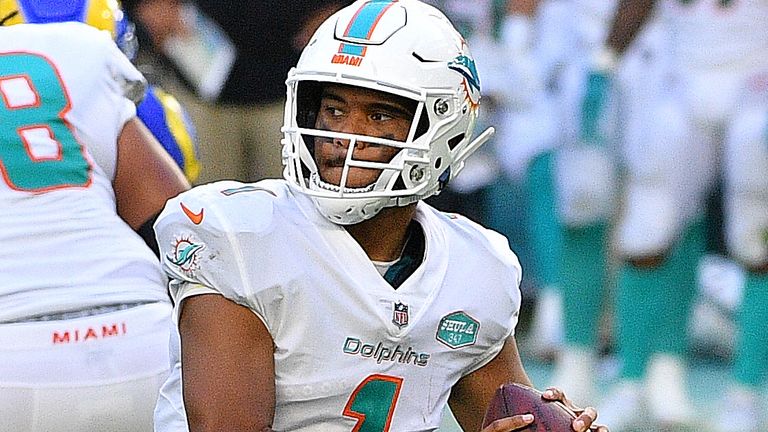 Miami Dolphins coach Brian Flores pushed back a report that the team has named Tua Tagovailoa its starting quarterback to determine whether he is the QB of the future.

The Dolphins own the Houston Texans’ first-round pick in 2021. With the Texans at 1-6, that pick could translate into a chance to select Clemson’s Trevor Lawrence or Ohio State’s Justin Fields. The Dolphins also have their own first-round selection.

ESPN reported earlier in the week that Miami switched from Ryan Fitzpatrick to Tagovailoa in part to give the rookie a 10-game audition. It was enough to compel Flores to address it on Thursday.

“There’s a couple things out there, let’s call it a source close to Dolphins thinking saying that we are auditioning Tua,” Flores said.

“I’m just going to tell you about my thinking. We brought Tua here because we believe in him, same as all the other draft picks. We believe in developing players and improving players on a daily basis.” Tagovailoa is set to make his second start on Sunday when the Dolphins (4-3) travel to Arizona to play the Cardinals (5-2) – live on Sky Sports Action.