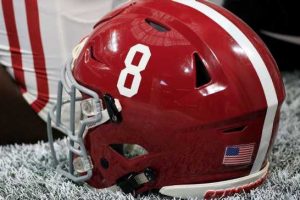 The group of Alabama players appeared in the portal late Tuesday afternoon. Billingsley, a junior from Chicago, had 35 receptions for 543 yards and six touchdowns the past two seasons. He was a preseason All-SEC selection but played behind Cameron Latu at the end of the season. After recording a total of nine receptions for 152 yards and a touchdown in wins over Southern Miss and Florida, Billingsley had seven receptions the rest of the season.

Georgia, which beat Alabama 33-18 in the championship game, had two players enter the portal Tuesday: defensive back Ameer Speed, who started three games and recorded 13 tackles this season, and wide receiver Jaylen Johnson, who had three receptions for 29 yards in 14 games.