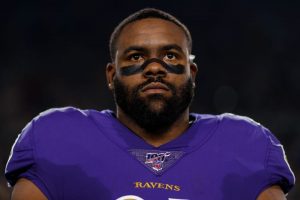 ﻿Mark Ingram﻿ is diversifying his investments.

Ingram’s investment likely comes as a result of his time spent in the D.C.-Maryland-Virginia area in the last two seasons with the Baltimore Ravens, an experience he pointed to when speaking about his decision to join the club’s ownership group.

“D.C. United are a club rich with tradition and ripe with promise,” Ingram said in a statement released by the team. “I am excited about the recent investments the club has made to build towards a sustainable future and the decisions they have taken at the leadership level both on and off the pitch. Additionally, the club’s values have been on full display recently and they align with my beliefs.

“I’ve spent quite a bit of time in the DMV as a professional athlete as well as had the fortune of attending D.C. United matches and the passion of the sporting community and fanbase here is second to none. I look forward to playing an active role in the ownership group to help our club compete for more major trophies and deepen our impact in the community.”

While Ingram will spend 2021 in Texas as part of the Houston Texans, he’ll retain a connection to the region surrounding the nation’s capital with D.C. United. It seems as if maintaining such a tie was central to Ingram’s investment, as well as the club’s efforts toward advancing inclusion and its chances of on-field success.

“We first spent time with Mark in 2019 and we have built a relationship founded on a set of shared values and a love of sport and community,” Jason Levien and Steve Kaplan, co-chairmen of D.C. United, said in the same statement. “Mark’s track record at the highest levels of both collegiate and professional sports and the perspective that he brings is a valued addition to our ownership group and we look forward to having him as our partner.”