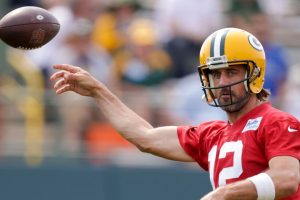 Among the concessions in the new contract:

• The 2023 year in his original contract is voided, making 2022 the final year on his contract.

• Forfeiture provisions were removed from the contract, preventing the Packers from pursuing prorated portions of Rodgers’ signing bonus.

Rodgers reported to training camp this week as progress was made on his contract. On Wednesday, Rodgers admitted that he had considered retirement and detailed his offseason-long standoff with the Packers. He also said he still isn’t sure what — if anything — will change.