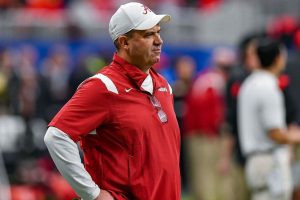 FOXBOROUGH, Mass. — Bill O’Brien will return to the Patriots after agreeing to a deal Tuesday to become New England’s next offensive coordinator, sources tell ESPN’s Adam Schefter and Chris Low.

O’Brien, who spent the last two seasons as the offensive coordinator under Nick Saban at the University of Alabama, now is back to where his NFL career began in 2007 as a coaching assistant.

In that first stint in New England, O’Brien quickly rose the ranks on Bill Belichick’s coaching staff to quarterbacks coach and offensive coordinator, spending three years (2009-2011) in that role before departing for head coaching positions at Penn State (2012-2013) and with the Houston Texans (2014-2020).

A Massachusetts native, the 53-year-old O’Brien will be charged with improving a Patriots offense that dipped notably in most key areas in 2022, including:

Belichick didn’t name an official offensive coordinator for the Patriots in 2022, leaning on Matt Patricia as the primary play-caller despite Patricia’s primary background in the NFL being on the defensive side.

Belichick also oversaw a streamlining of the offense — changing the blocking terminology for offensive linemen — in which one of his goals was to produce more big plays down the field.

But the desired results never came to fruition, leading to the Patriots, who are notoriously tight-lipped about their intentions, publicly announcing on Jan. 12 that they would be interviewing for an offensive coordinator.

Upon landing at Alabama, where he worked closely with quarterback Bryce Young, O’Brien had spent time with current Patriots quarterback Mac Jones — a Crimson Tide alum — going over the team’s offense.