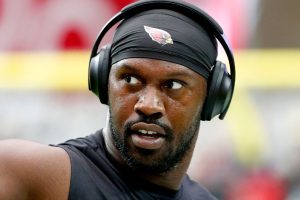 Jones has been unhappy with his contract and missed offseason work as a result.

The Cardinals don’t want to trade Jones and expect him to report to training camp, which begins Tuesday. Jones, 31, plans to have a big year coming off surgery on his biceps and the Cardinals believe he’s excited to play alongside new acquisition J.J. Watt despite past unhappiness. A source said Jones is viewed as a ‘great guy’ in the organization and is set to be a pivotal part of the Cardinals defense this year. The team generally does not publicly discuss contract details regarding its players.

It’s possible Jones plays out the year in Arizona and hits free agency in 2022. But that might not quell the discord.

Jones, due $15.5 million in the final year of his deal, emerged as one of the game’s best pass-rushers while recording 49 sacks from 2017-19. The biceps injury limited him to five games a year ago.

The Cardinals have dished out significant money to other players, including a $28 million deal for Watt this offseason. The Cardinals also agreed to extensions last year for wide receiver DeAndre Hopkins, making him the game’s highest-paid receiver despite having multiple years left on his original deal, and safety Budda Baker, who earned one of the richest contract extensions for his position.

The Cardinals acquired Jones via trade with the New England Patriots in 2016.