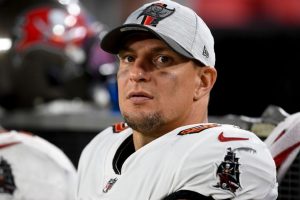 Gronkowski is officially listed as questionable with a back injury. The five-time Pro Bowler has missed five games this season because of back spasms, cracked ribs and a punctured lung.

Gronkowski practiced in full Thursday and Friday for the first time since suffering his injuries, saying the workouts were “crucial steps” in his recovery.

“The arrow is pointing up to play this week, and hopefully it’s a go,” Gronkowski said Friday.

Gronkowski, 32, originally suffered the injuries in Week 3 and missed four games before returning in Week 8, when he played just five snaps before exiting because of the back spasms.

Murphy-Bunting has been out since Tampa Bay’s season opener with an elbow injury.