For the rest of my life, anytime somebody sleeps in and accidentally starts an inactive player in a London game, I’m going to call that getting "Melvin’d." Last week was kind of hilarious. Well, at least for me, who monitored the news all weekend and was not shocked when Gordon was a (not so) surprise inactive. And I guess I also benefit from being out in the building here at 3:00 a.m. on the West Coast to do my sketches for Good Morning Football. (And for all of you who clutch your pearls that we have a little fun in that segment, I will point out that we nailed the Chris Herndon pick. We also recommended Andy Dalton. But, nailed the Herndon pick!)

And since this is a sleepers column, it seems fair to remind you the NFL Network will be airing the Eagles and Jaguars game this week. A game I call the "Myles Jack was not down and this should have been the Super Bowl" rematch. But, the game starts at 9:30 a.m. on the East Coast. I know this is a little late for two of my dearest friends, Reader Matt P. and Frank Hetland. The latter I was playing in our League of Record this past week. Now, I often feel like I’m morally obligated to help out anybody at any time with fantasy advice â I’m like a doctor in that sense â I should have called my friend Hetland to let him know what was going on. Even if it meant calling him while he was out at the annual Octoberfest gathering in Big Bear my friends from Corona have done every year since the end of college. I was going to call him, and then I remembered I wasn’t invited once again, so yeah, he got Melvin’d.

So, get up early and don’t sleep on those London games. Especially for you on the West Coast. Don’t get Melvin’d.

The Mitchenning is happening. He’s averaged 34.1 points per game since Week 4, the highest total among quarterbacks. So … he’s clearly better than Patrick Mahomes. Just kidding. But, Trubisky has scored at least 27 points in three consecutive games. He’s on pace to set all sorts of Bears passing records. Which sounds impressive until you consider this:

The NFL leader in air yards. No, I’m serious. He’s had some amazing chemistry with John Brown. And, if he weren’t getting sniped by Lamar Jackson at the goal line at times, he would be having a monster season. Still, Flacco has been a Top 12 quarterback in more than half of his games this year. I don’t necessarily love his matchup against the Panthers, but if you’re here reading this article, you’re likely running out of options.

I’m in some deep leagues with folks who hoard quarterbacks. It’s awful. I can go to our "experts" league and pull Trubisky off the wire, because I play with people who are either fantasy robots, or they don’t care enough to comb the wire anyway. Which is fine. But in my real leagues, I needed some help at quarterback and I’m going to take a stab at Carr. I have no statistical reason to back this up, other than Carr seems pissed and his team will rally around him. That’s it. I know, it’s kind of dumb. But, remember last week when the research said to start Andy Dalton? Or Eli Manning. Sometimes you need to go with your gut.

I mentioned him last week, and it really seemed to offend some of you that I was advocating a stash in this sleeper’s column. But who is laughing now? WHO? Richard has averaged 5.2 receptions per game this season, sixth-most among running backs. The Colts have allowed seven receptions per game this year, tied for the second-most in the league. The Raiders will likely have to chase this game while trailing, leading to more passing for the Raiders. I’m playing Richard in some PPR leagues this weekend.

I’ve been talking him up for a few weeks now, and I’m really excited about him going forward. I’d get him into the lineup this week against the Cardinals who have been victimized by running backs more than any other team in the league. Plus, when you watch Mostert on tape, he’s a much better fit for this offense than Alfred Morris. He’s got the speed to get to the outside which is a huge part of Kyle Shanahan’s system. Matt Breida’s status (ankle) is crucial, though.

The Lions have a huge need to stop opposing running backs, so they brought in one of the best this week:

The @Lions acquired Damon Harrison from the Giants for a 5th-round pick ahead of next week’s trade [email protected] leads all interior defensive linemen in run stuffs (42) and has the 3rd-highest run stuff rate (5.6%) since 2016.#OnePride pic.twitter.com/IFEpqiopJT

Remember this for coming weeks. I’m not sure how effective Snacks is going to be this week or if he’s even going to play at all. The Lions have allowed six-yards per rush this season, leading the NFL. If Daman Harrison doesn’t play, Carson is a fair sleeper.

Bilal Powell is out for the rest of the season with a neck injury. Isaiah Crowell is no doubt going to be the lead back. But let’s not sleep on Cannon. He’s probably more of a stash this week against the Bears. But Cannon did gain 73 yards from scrimmage last week, and could end up being a bigger part of the passing offense. Again, I know how some of you feel when I mention players you can stash — but target Elijah McGuire in deeper leagues, too.

Oh my gosh, are we really going to be advocating Jones again this week? When we were on him a few weeks ago, nothing happened. Then, we dumped him and he scores a touchdown last week. Because that’s of course what is supposed to happen. But, Peyton Barber is dealing with an ankle injury and this matchup is pretty ripe. The Bengals have allowed 5.21 yards per carry this year. They have allowed the fifth-most points to fantasy running backs and Kareem Hunt just ripped them to shreds last week. I know this makes a lot of sense. Kind of like when Topher Grace was probably explaining to his agent that leaving "That ’70s Show" was a great idea. I mean, he did do "Traffic" and got some sick cameos in the "Ocean’s" movies. But, you get what I’m saying.

I love the upside of this move. You’re always going to run the risk when you’re dealing with Drew Brees and the spare parts of the offense. The rookie Smith is third on the team in targets over the last two games, trailing the guys you would figure, right? Micheal Thomas (14) and Benjamin Watson (10.) Seriously. Smith (9) has more targets than Alvin Kamara (6) over the last two weeks. Another thing in Smith’s favor is that he dominates the Saints in air yards, coming in at 140.8 over the last two games. Thomas is next at 88.8. So, Smith is clearly better, right? (I jest.)

Kirk has developed chemistry with Josh Rosen. I figure the two of these millennials hang out in the commissary, eating avocado toast and making fun of old man Larry Fitzgerald for playing an old man’s game. Like golf! Enjoying some new tracks from Young the Giant. Whatever guys. I do like Kirk a lot this week. Kirk has trailed Fitz in targets (26 to 22) since Rosen has become the starter. But, Kirk has the lead in receptions (16 to 14) and air yards per target (11.3 to 9.5) in this span. He’s got a great matchup against CB Greg Mabin that should lead to a nice stat line this week.

Still, though … I like playing defenses going against rookie quarterbacks. And, if I’m going to keep it real with you: The Cardinals have allowed a top 10 defense in five of seven games this season. So, there is that. 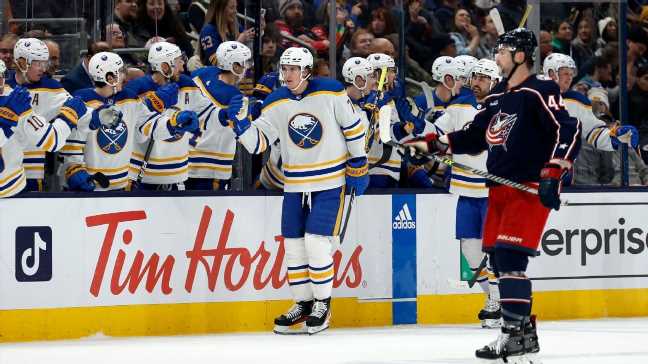