Ranking NFL head-coach openings: Which jobs are most enticing? 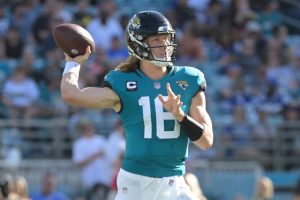 A quick glance at the playoff field gives a pretty good idea of why there is such volatility in NFL coaching offices. Philadelphia Eagles first-year head coach Nick Sirianni has his team in the playoffs. Zac Taylor, in just his third season, took the Cincinnati Bengals from the basement of the league to the AFC North title.

Whether it is dramatic turnarounds or just a boost, such upgrades are the stuff owners’ dreams are made of at this time of year. With 14 teams in the postseason, the other 18 brain trusts are left to wonder what if. The Jacksonville Jaguars’ debacle with Urban Meyer is the looming cautionary tale as the hiring cycle begins — owners should beware of falling in love with star candidates without doing a thorough search (looking at you, too, Raiders).

After several years of dispiriting results, a very close eye is being kept on opportunities for coaches of color. Nothing about this is particularly new. Last year, just two of the seven open head jobs went to minority candidates (the Jets’ Robert Saleh and the Texans’ David Culley), bringing the league total to five. There are many people, in teams and at the highest level of the NFL, making good faith efforts and engineering systems to get more minority coaches in the pipeline, to provide lists of vetted candidates, to get them in front of decision-makers, to slow down the hiring process to encourage broader searches and more interviews. There are several big-name minority candidates who should get interviews for multiple jobs — people like Eric Bieniemy, Byron Leftwich, Todd Bowles, Leslie Frazier, Jerod Mayo and more.

All of it comes down, though, to decisions by ownership, where the real change must take place. Last year saw progress on general manager hires, three of which went to minority candidates. The NFL has another chance to get it right this year.

Here are the jobs they’ll be hiring for, with the things that make them attractive — and the stuff that will make candidates queasy — as the coaching job fair opens.

One thing the Raiders learned in the wake of the early-season resignation of Jon Gruden — they have a resilient team, which just earned a playoff berth after an incredible finish on Sunday night. Rich Bisaccia deserves serious consideration just for navigating so much drama and trauma. The success also speaks well of the talent level despite some questionable recent draft decisions, and that will make this an attractive job. The Raiders have the best quarterback situation of any of the available jobs with Derek Carr. A big question is what becomes of general manager Mike Mayock. But the Raiders remain one of the most popular franchises in football, with a fantastic new stadium and a devoted fan base. This is a very attractive job, perhaps the best one of this offseason.

The big problem that plagued Vic Fangio with the Broncos is one that will shape the search for his successor. They haven’t had a reliable quarterback since Peyton Manning won the Super Bowl and retired six years ago. The next coach will be the Broncos’ fourth since that title was won, and they haven’t been to the playoffs since. And there is a bigger uncertainty on the horizon — the Broncos could have a new owner by the time next season starts. That could give pause to candidates who have other options.

But there are loads of upside to the Broncos. There is a core group of young players, led by Patrick Surtain II and Javonte Williams, to build around. They have a defense and players at the skill positions. There is cap space. There are extra draft picks. And this is one of the NFL’s greatest football towns. A quick turnaround is possible, especially because the offseason focus will be on finally fixing the quarterback position. All of that will make this one of the most attractive jobs available.

When you have the first overall draft pick for the second year in a row, it says something about the talent level of a team. Still, the Jaguars have plenty going for them in the search. Trevor Lawrence had a rough rookie year but is still considered a gem of a prospect. There are some young pieces. The Jaguars are flush with cap space. There is that first overall pick. And Shad Khan is a generous and supportive owner, who is constructing a state of the art team facility.

Now, the issues. The Jaguars need to rebuild the defense and offensive line. The next coach will have to rid the place of the stench of failure left behind by the Urban Meyer experiment. And if Khan intends to keep general manager Trent Baalke — Baalke is assisting with the search — it will likely limit the candidate pool. There is a lot of work to be done in Jacksonville and it seems likely the Jaguars will target a coach from the offensive side of the ball who can develop Lawrence.

It goes without saying that if the Bears move on from Matt Nagy, they should target an offensive-minded coach who believes Justin Fields can be a high-level starting quarterback. There are some issues here. Work needs to be done to shore up the offensive line, defense and receiving corps. The Bears do not currently have a first-round draft pick this year.

But there is cap space. And the Bears are a legendary team with patient owners and an ardent fan base that would go wild with a return to glory. And if Aaron Rodgers should leave the Packers and the NFC North in the offseason, this division would be wide open for a new champ.

David Culley was given a virtually bare cupboard and outperformed expectations. His firing would suggest that he was never more than a lame duck and that would be a blight on the franchise. The next coach will take over a team that appears to be set to trade the franchise quarterback who didn’t want to be there. Deshaun Watson is expected to draw a load of picks that will be the foundation of the rebuild, but it is a long climb up with very real questions about ownership. This would be Cal McNair’s second head coach hire in as many years and any candidate will have to wonder about who has McNair’s ear. The presence of Nick Caserio as general manager means Josh McDaniels’ name is going to circulate around this opening, but this would be the least desirable job of the ones mentioned here.

The Vikings are not a bad team, but they seem to have reached their ceiling with Mike Zimmer and after eight seasons, it might be time for a change. Players like Dalvin Cook and Justin Jefferson, plus patient, stable ownership, will make this job enticing.

The big question for a new coach — what does he think of Kirk Cousins? He is a better quarterback than most of the teams with openings have, but he has an expensive contract and the Vikings have been to the playoffs just once in his four seasons — and that makes his future with Minnesota uncertain. The Vikings invested a load of guaranteed money in their defense last offseason and it underperformed, which means it will likely have to be retooled. And the Vikings are among the teams with the least amount of cap space.

Just a few weeks ago, it seemed nearly certain that Joe Judge would return, even with general manager Dave Gettleman expected to retire — the Giants did not want to fire a third coach in a row after just two seasons.

But, the Giants have been embarrassed in the last six games, losing all six by a combined 163-56, scoring an average of 9.3 points per game, and Judge has had to address his own status in recent weeks.

If Judge goes, the next coach has a lot to sort through. Does he believe in Daniel Jones? Saquon Barkley? Got any ideas about the offensive line? All of that with a new general manager, who will have two first-round draft picks but a less-than-ideal cap situation to work with. The Giants have long been viewed as one of the gold standard franchises in the NFL, but they are at their lowest point since the pre-Parcells days of the 1970s. What kind of coach do they need? A home run hire.

Could Pete Carroll go? NFL Network’s Mike Garafolo reported it would only be if he and other members of team brass are not on the same page about the team’s plans.

If Carroll does go — and Russell Wilson stays, as Garafolo reported — this would be a coveted landing spot. This is the first losing season in a decade in Seattle and part of it can be attributed to Wilson’s finger injury. The presence of a Super Bowl-winning superstar quarterback should attract the interest of every top candidate. Predicting what team chairwoman Jody Allen has planned, though, is difficult. After taking over the team upon the death of her brother, Paul Allen, this would be the first time Jody oversees a coaching search.