Op-Ed: Savannah Foster on pursuing and realizing dream of becoming an NFL agent 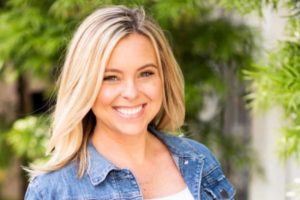 NFL.com celebrates Women’s History Month by highlighting those who are making an impact around the league.

When I started my career in football nearly 13 years ago, I was basically the Elle Woods of the NFL (minus the money). I drove my Volkswagen Beetle across the United States to pursue my dreams of becoming a NFL agent, with nothing but a few bags of clothing and shoes, a flip phone, pink flowers in my car vase, and enough grit and determination to move mountains. Much like Elle, I encountered my fair share of doubters, and even more people who simply did not understand my career and the myriad challenges and complexities therein. In fact, a man cold-called my office a couple of years ago and asked to speak with an NFL agent, and when the receptionist put me on the line, he said, “Oh. She must have misunderstood me. I need to speak with an agent.” Ouch.

It did not come without sacrifices, but Teddy Roosevelt said it over a century ago, and it still rings true today, “Nothing worth having comes easy.” The years of working the reception desk at Athletes First and making small talk with the delivery drivers while simultaneously color-coding file folders and making sure we had cyan printer cartridges on deck was not the most glamorous work, but I showed up every day with a smile on my face and was grateful for the opportunity to create an enduring foundation for my future. I was a very unassuming understudy, 5-foot-3 in Jordans just soaking up all the football talk and learning through osmosis how to be an agent from some of the best in the business. I studied, I learned, I asked questions, and most importantly, I developed meaningful relationships with my colleagues, industry peers, clients, and their families.

I grew from those humble beginnings through the support and encouragement of countless folks who believed in me when I honestly did not believe in myself. I am certainly not proud to admit it, but even though there have been many along my journey, I was always one of my biggest doubters — my own antagonist. I was so worried that I would not pass the NFL agent exam that I did not even tell anyone I was taking it! There is no way a short blonde girl from Benton, Kentucky, could become a successful NFL agent and work with some of the biggest names in the league, right? It is not possible for a young woman with big dreams to move to California and have football, quite literally, become her family. Or is it?

We have all heard the mantra “football is family,” but I had no idea how true that would become for me. From a receptionist and assistant to a client relations associate to vice president of client relations and an NFLPA-certified contract adviser, I have worked tirelessly to continually raise the bar for myself, and I would not have had any of these opportunities without my football family. Now that I am a seasoned veteran, NFL clients are among my first phone calls when I have good news, when I have bad news, or just when I want to talk. I tell this story often, but I was facetiming with a client while I was in labor with my daughter last spring. People always ask what was so important that had to be discussed at that moment, but the answer is simple: Nothing. I was just sharing a moment with someone I consider family and, to me, that is everything.

Working in the NFL is not just a career for me, it is a network of people that I love unconditionally — relationships that transcend all traditional work relationships, and I could not be more grateful to be a part of it. I have lived through the highest of highs with clients, and the lowest of lows — not just in football, but in life. I have had the opportunity to stand arm-in-arm with a Super Bowl MVP on the field after the big game while confetti rained down on us, then making confetti angels on the turf. I tried sushi for the very first time at Nobu in New York City with a client who meticulously scoured the menu and made careful selections for me which jumpstarted my love affair with yellowtail sashimi. Last year, a client hosted a mini birthday party for me — complete with a “GOAT” cake and all the fixins. I have held clients’ hands as they endured painful rehab sessions, and I have even wiped some tears when life just seemed too unbearable. I have kissed new babies of clients and mourned the death of close relatives. I even signed my first NFL draft first-round selection while 6 months pregnant, and he was among the first to check in on me and make sure I was OK after my baby arrived into this world. This is the side of the NFL that a lot of people do not see, and to say I am blessed is an outright understatement.

Strong female voices in professional football may not be the norm (yet), but get ready, because women are making great strides in all sides of the business. We bring a different energy, a different vibe, a different flavor. While my journey as a female in the NFL representation space has been unique, to say the least, I would not trade it for anything. The coolest part of all of this is that I know the best is yet to come!

Savannah Foster is the vice president of client relations at Athletes First.