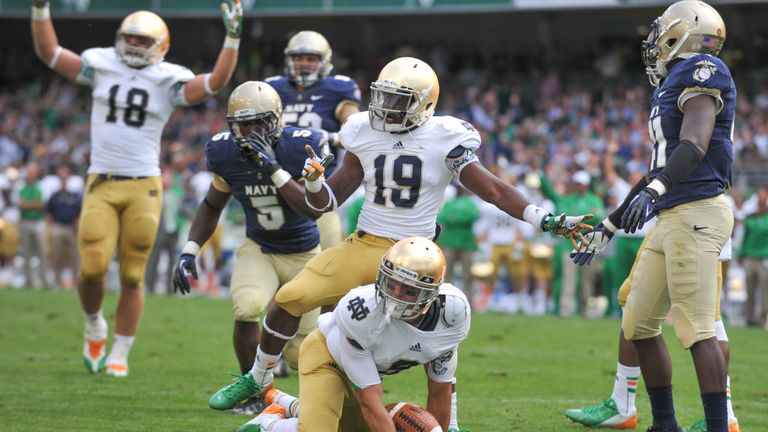 College football will return to Dublin in 2020 when Notre Dame and Navy will meet in their annual rivalry game at the Aviva Stadium.

Since then, Penn State have faced Central Florida at Croke Park in 2014, while 2016 saw Georgia Tech defeat Boston College at the Aviva.

Their 2020 match-up will be played on August 29 and act as their respective first game of the season, and it marks the start of a new five-game agreement for games to take place in Ireland.

Ireland’s Taoiseach Leo Varadkar said: “College football is one of the greatest spectacles in world sport and to bring it back to Ireland for a five-game series is wonderful news for Irish tourism and for sports fans.

“Over 35,000 fans travelled to Ireland when Notre Dame and Navy last met in Dublin in 2012 and we will warmly welcome them and many others back for the Aer Lingus College Football Classics.

“Major games such as this one showcase Ireland as a location for international events and tournaments and put our world-leading hospitality and tourism sector front and centre.”

“I look forward to the first game of the series with the return of Notre Dame vs Navy in August 2020; I have no doubt it will be a hugely popular occasion.”