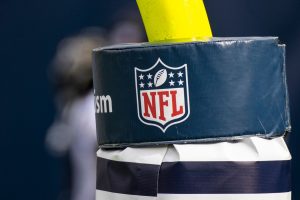 The NFL has informed teams they could potentially forfeit a game due to a coronavirus outbreak among non-vaccinated players, and players on both teams wouldn’t get paid that week.

“As we learned last year, we can play a full season if we maintain a firm commitment to adhering to our health and safety protocols and to making needed adjustments in response to changing conditions,” commissioner Roger Goodell said on Thursday in a memo sent to clubs.

Goodell says the league doesn’t anticipate adding a 19th week to accommodate games that can’t be rescheduled within an 18-week regular season.

However, forfeits are among the consequences.

“If a game can’t be rescheduled and is canceled due to a Covid-19 outbreak among non-vaccinated players on one of the competing teams, the team with the outbreak will forfeit and will be deemed to have played 16 games for purposes of draft, waiver priority, etc,” Goodell says in the memo. In addition, players on both teams will not be paid for the lost contest, and the team responsible for the cancelled game due to unvaccinated players will cover financial losses and be subject to potential discipline from the commissioner’s office.

The league says more than half its teams have Covid-19 vaccination rates greater than 80% of their players, and more than 75% of players are in the process of being vaccinated.

Among the other key points in the memo: