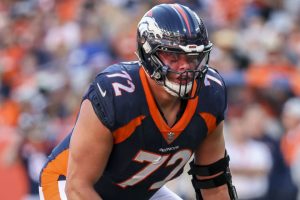 Denver is in the thick of the playoff race and getting a valuable reinforcement ahead of an important meeting with a division rival.

Bolles was placed on the COVID-19 list on Nov. 22 and missed the Broncos’ most recent game, a win over the Los Angeles Chargers. He also missed Weeks 9 and 10 due to injury, making it a month since he’s played.

With the Chiefs’ pass rush coming into form in recent weeks, Bolles’ return couldn’t come at a better time for the Broncos, who trail Kansas City by just one game in the AFC West standings. The two squads face off Sunday night at Arrowhead Stadium.