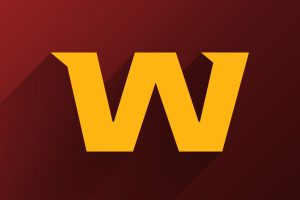 The NFL announced Thursday it is fining the Washington Football Team $10 million based on the outcome of the review of the franchise, which was led by independent counsel Beth Wilkinson, that found the club’s workplace to have been improper for many years.

Based on Wilkinson’s review, Commissioner Roger Goodell came to the conclusion that Washington had operated “both generally and particularly for women,” per the league statement, in a “highly unprofessional” manner that included bullying, intimidation, multiple allegations of sexual harassment and a “general lack of respect in the workplace.”

“I want to thank Beth Wilkinson and her team for conducting a thorough and independent review of the Washington club’s workplace culture and conduct and providing both the club and me with a series of thoughtful recommendations based on her findings,” Goodell said in a statement issued by the league. “Beth and her team performed their work in a highly professional and ethical manner. Most importantly, I want to thank the current and former employees who spoke to Beth and her team; they provided vital information that will help ensure that the workplace environment at the club continues to improve. It is incredibly difficult to relive painful memories. I am grateful to everyone who courageously came forward.”

Tanya Snyder, who was named co-CEO of the team earlier in the week, will now assume responsibilities of CEO and look over day-to-day operations. Washington Football Team owner Daniel Snyder added he would be concentrating on “developing a new stadium plan and other matters.”

In August of 2020, Daniel Snyder it was looking into allegations of workplace problems within the organization, which were originally brought to light by reports from The Washington Post.

Snyder hired Wilkinson of District of Columbia law firm Wilkinson Walsh LLP to review the organization’s culture and allegations of workplace misconduct after The Washington Post published a report on July 15, 2020 outlining allegations of sexual harassment from 15 female former employees. The team later asked the league’s office to assume oversight of Wilkinson’s investigation.

The $10 million fine will be used charitably, the league announced, as it will be applied “to support organizations committed to character education, anti-bullying, healthy relationships and related topics. They will also fund programs directed more broadly at improving the workplace, particularly for women and other underrepresented groups, and training and development programs throughout the league, with recipients identified with the assistance of respected third-party advisors. We will solicit recommendations from the club, particularly for organizations based in the Washington metropolitan area.”

Daniel Snyder released a statement through the team Thursday.

“I have learned a lot in the past few months about how my club operated, and the kind of workplace that we had. It is now clear that the culture was not what it should be, but I did not realize the extent of the problems, or my role in allowing that culture to develop and continue. I know that as the owner, I am ultimately responsible for the workplace. I have said that and I say it again,” Snyder said. “I feel great remorse for the people who had difficult, even traumatic, experiences while working here. I’m truly sorry for that. I can’t turn back the clock, but I promise that nobody who works here will ever have that kind of experience again, at least not as long as Tanya and I are the owners of this team.

“I agree with the Commissioner’s decisions in this matter and am committed to implementing his investigation’s important recommendations.”

Around The NFL will have more shortly on this story.