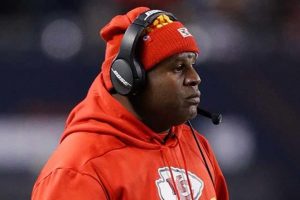 NFL.com is tracking all of the latest news, interviews and developments concerning coach and GM vacancies around the league as the 2021 hiring cycle kicks into gear. The information below — sourced from NFL Media reports and official team announcements — will be updated in real time during the coming weeks.

The Texans fired O’Brien after Houston started the year 0-4. O’Brien was head coach of the Texans for more than six seasons and four AFC South division titles with a 52-48 record. O’Brien officially took over title of general manager during the 2020 offseason and oversaw the controversial trade of wide receiver DeAndre Hopkins﻿.

The Falcons fired Quinn in October after a 0-5 start to the season. Quinn notably led the Falcons to Super Bowl LI where Atlanta lost to the New England Patriots after holding a 28-3 lead in the second half. Quinn went 43-42 in over five seasons as Falcons HC. The Falcons fired Dimitroff along with Quinn in October. Dimitroff was GM in Atlanta for more than 12 seasons, drafted Matt Ryan and Julio Jones﻿, and compiled a 113-92 record during his tenure.

The Lions fired Patricia days after a blowout loss to the Texans on Thanksgiving during his third season as HC. Patricia went 13-29-1 during his time in Detroit. The Lions also fired Quinn following the team’s loss to the Texans. Quinn made the playoffs during his first season in Detroit when Jim Caldwell was HC but failed to make the postseason since 2016. Quinn went 32-44-1 with the Lions. The Lions fired Coombs on Dec. 21.

The Jets fired Gase shortly after New York lost its season finale to the New England Patriots to bring the Jets’ record to 2-14. Gase’s time in New York lasted only two seasons for a combined record of 9-23.

The Jaguars fired Marrone after a one-win 2020 campaign. He finished with with a 23-43 record over four-plus seasons. The Jags fired Caldwell on Nov. 29 after a loss to the Browns dropped them to 1-10 on the season. Caldwell made the playoffs once during his time in Jacksonville and fell just short of a berth in Super Bowl LII when the Jags lost to the Patriots in the AFC Championship Game. Caldwell went 37-88 in nearly eight seasons as GM.

The Jets fired Williams on Dec. 7, a day after a controversial all-out blitz call led to a Raiders’ last-second win in New York. Williams was in his second season as Jets DC.

The Raiders fired Guenther following a Week 14 loss to the Colts in which Las Vegas gave up 44 points. Guenther was in this third season as Raiders DC.