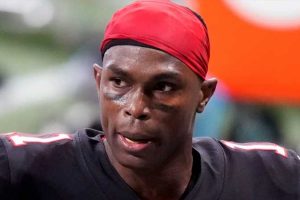 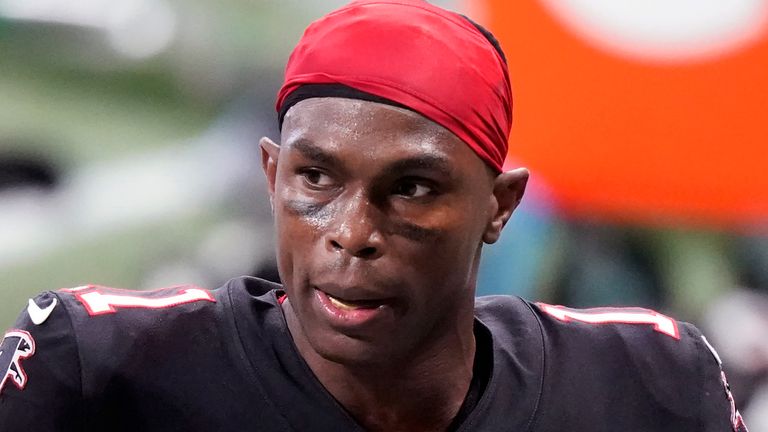 Tennessee has agreed to a deal with Atlanta for seven-time Pro Bowl wide receiver Julio Jones, allowing the Falcons to clear salary cap space while the Titans get help for Ryan Tannehill, Derrick Henry and A.J. Brown.

Both teams confirmed the trade on Sunday.

The deal adds Jones to an offense than already has Henry, the AP NFL Offensive Player of the Year, and a Pro Bowl receiver in Brown. The defending AFC South champs ranked fourth in scoring in 2020, and this move shores up a big hole in the Titans’ offense after losing wide receiver Corey Davis and tight end Jonnu Smith in free agency in March.

Henry had recently shared photos of himself working out with Jones on social media.

Brown had been lobbying hard for Jones to join the Titans on social media, and Brown shared a photo on Twitter on Sunday of himself, Jones and Henry all in Tennessee jerseys celebrating.

Because of you, 11 will always mean more. pic.twitter.com/SJQaT4URNX

Los Angeles Rams cornerback Jalen Ramsey also went to social media to express his feelings that his team missed out on Jones.

Jones $15.3 million base salary is guaranteed, and he was set to cost the Falcons slightly more than $23 million against the salary cap next season. By trading him after June 1, they can split the dead money over two seasons, which would greatly ease their tough financial situation.

Jones holds Atlanta records with 848 catches for 12,896 yards, and his 60 touchdowns are second. He had a career-best 136 catches for 1,871 yards in 2015. He had six straight seasons with more than 1,300 yards receiving until being limited to nine games in 2020 by a nagging hamstring injury.

Tennessee tied for second in total yards per game and was fourth in points scored in 2020 with Tannehill throwing for a career-best 33 touchdowns.