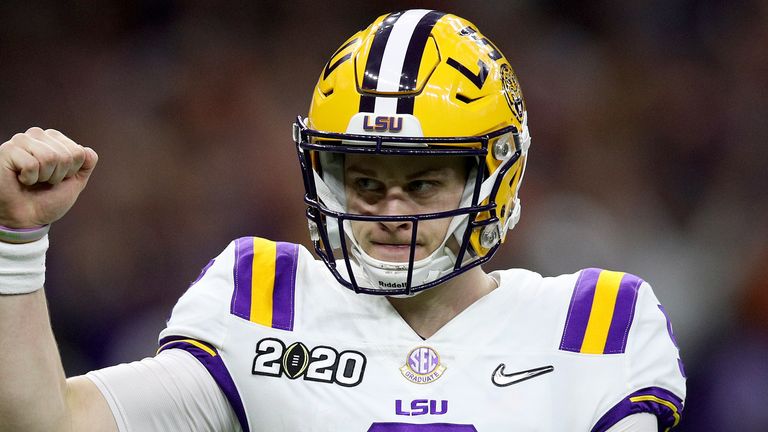 The Cincinnati Bengals were given a thrilling preview of what could be to come as Joe Burrow led LSU to the College National Championship title on Monday night.

Quarterback Burrow finished 31 of 49 for 463 yards and five touchdowns as well as running one in himself to help his side to a 42-25 win over Clemson and, in the process, cap a remarkable individual season.

The 23-year-old’s performance on the night saw him set the FBS single-season record for touchdowns with 65, adding to his first-placed 5,671 passing yards on the year. 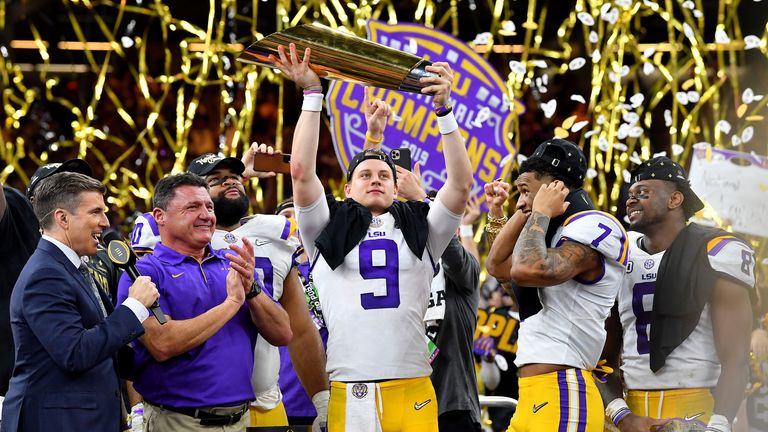 It follows on from him being named Heisman Trophy winner back in December after receiving a record 90.7 percent of all the first-place votes available.

Burrow looks certain to be the first pick in April’s draft, which will fall to the Bengals as they seek a potential long-term successor to Andy Dalton after their 2-14 season.

Monday’s game also showcased another potential future No 1 pick in Clemson quarterback Trevor Lawrence, with the 20-year-old unable to enter the draft until 2021.