Carson Wentz will head into September hopeful of a snapping a cruel trend of season-ending injuries with the Philadelphia Eagles.

The fifth-year quarterback has been subject to regular setbacks since entering the NFL in 2016, most recently exiting January’s Wild Card defeat to the Seattle Seahawks in the first quarter after a helmet-to-helmet hit from Jadeveon Clowney.

In 2017 Wentz suffered a torn ACL in the latter stages of the regular season, opening the door for Nick Foles to lead the Eagles to Super Bowl glory. He went on to miss the opening two games of 2018, before sustaining a back problem later in the season that would rule him out of the postseason yet again.

It has been those untimely sucker-punches that have hindered Wentz in his effort to regularly display the MVP-calibre form seen in 2017. Can he stay healthy in 2020?

“I think that’s a big question and it’s a question everybody has asked since he came into the league,” said Jeff Reinebold on Inside the Huddle.

“I think that’s one of the reasons why they went out and got Jalen Hurts in the draft.

“This is an Eagles team that has got to stay healthy. If they stay healthy this can be a very good football team.”

When Wentz returns to the Eagles facility this offseason he will be greeted by a rejuvenated wide receiver corps.

It follows on from a season in which Wentz led the Eagles to the NFC East title and a spot in the playoffs despite a barrage of injuries leaving him with depleted options.

As a result Wentz found himself throwing to the likes of Greg Ward, J.J. Arcega-Whiteside, Deontay Burnett and Robert Davis over the final four games of the year. Such was the lack of production outside that Wentz became the first quarterback in NFL history to surpass 4,000 passing yards without a receiver registering over 500. 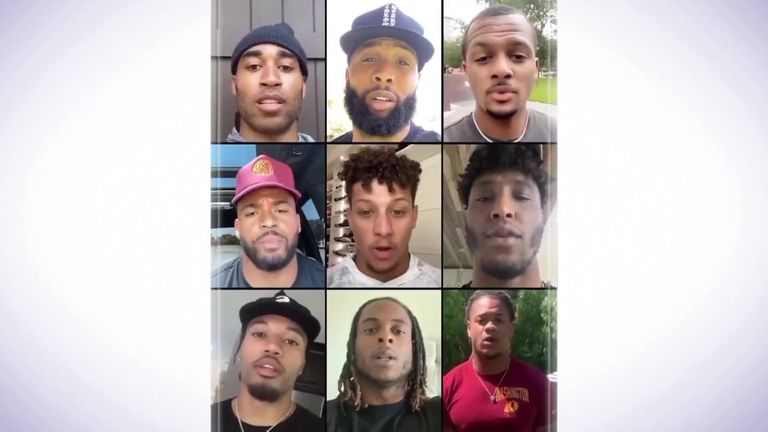 “You mention Wentz, that was the engine of the offense,” added Reinebold. “When that goes down everything falls to pieces.”

The Eagles addressed the offense this offseason by using the No 21 overall pick at this year’s Draft on TCU wide receiver Jalen Reagor.

They also added Boise State receiver John Hightower in the fifth round and Southern Miss receiver Quez Watkins in the sixth, while trading a sixth-round pick to the San Francisco 49ers for Marquise Goodwin.

“They got speed and that was obviously one of the things they felt they needed,” said Reinebold.

“Jalen Reagor is an interesting guy. When you look at him with the ball in his hands and talk about yardage after catch, that to me is where this kid excels, whether it’s as a return guy or after he catches an intermediate ball and breaks tackles.

“He is a guy who I think can be in the slot for them and be a dynamic inside receiver and that’s really going to help Wentz because he relied so much on (Zach) Ertz and Dallas Goedert last year because they were so bad at receiver.

“Goodwin is going to have a challenge making the team I think with all these good, young players. He’s a vertical guy, he’s got Olympic track speed, maybe not as fast as when he first came into the league but he’s still very fast.” New additions will accompany a healthy Jackson, a tight end duo of Ertz and Goedert and a rising star in running back Miles Sanders in giving Wentz the weapons he lacked last year.

A productive offseason has meanwhile seen the Eagles strengthen on defense, particularly in the secondary where they had also been short of playmakers in 2019.

“I think one of the things you see when you watch the Eagles is that they play a ton of man-to-man and there were times last year when they got exposed a little,” Reinebold continued.

“But you go out and get Slay, he played against the best receiver in Detroit every week, and now you’ve got Nickell Robey-Coleman, who like I said I think is the best slot corner in the league. 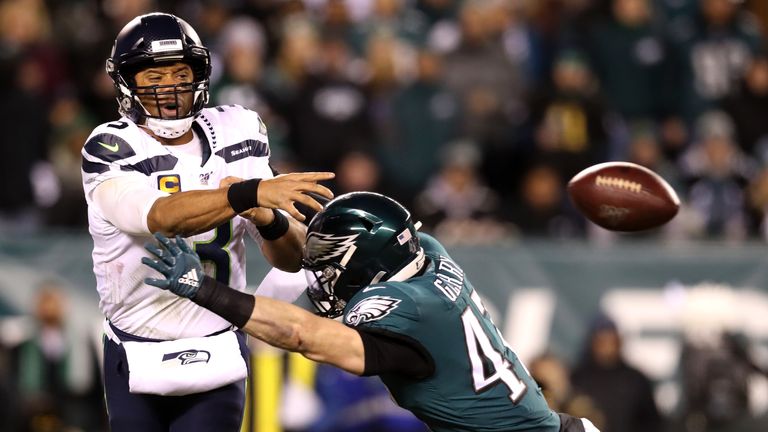 “Those are huge upgrades and you’ve still got (Rodney) McLeod and (Jalen) Mills inside. I think this has been a strategic offseason for (general manager) Howie Roseman, putting the team back together, getting speed at receiver, getting the coverage guys at corner.”

Malik Jackson is also likely to make an impact having been put on injured reserve after just one game in 2019 after signing from the Jacksonville Jaguars that offseason.