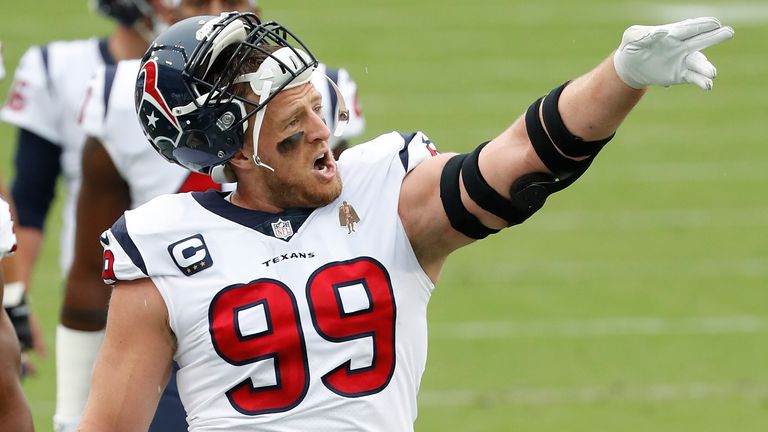 Houston Texans’ three-time NFL defensive player of the year J.J. Watt has said “I’m not looking to rebuild” when asked about his future with the team following their disappointing 1-6 start to the season.

The Texans fired their head coach and general manager Bill O’Brien after losing their first four games of the season and look to be a team starting over, currently being led by interim coach Romeo Crennel.

Asked on Wednesday if Watt believes he will finish his career in Houston, the 31-year-old said: “I don’t think it’s any secret that I don’t have 10 years left in this league.

“I personally believe that I do have a few more great ones left in me. I’m not looking to rebuild. I’m looking to go after a championship, and that’s what I want to do. 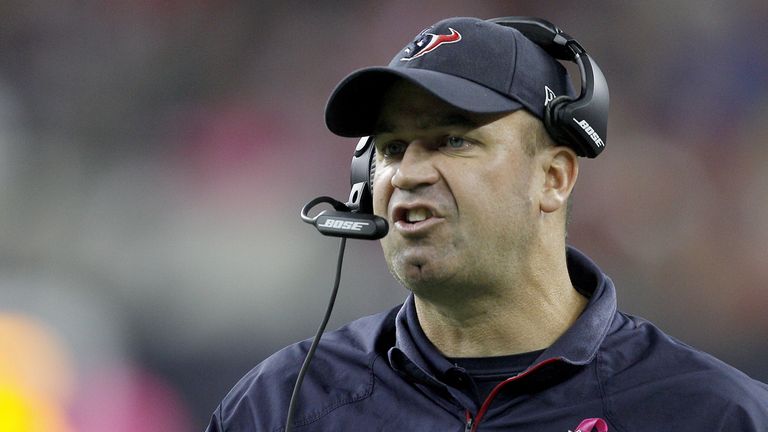 Since being drafted by the Texans with the No 11 overall pick in the 2011 NFL Draft, Watt and the team have made it to the playoffs on six occasions but have never made it beyond the divisional round.

The veteran defensive lineman has one season left on his contract extension, worth $17.5m. With none of that money guaranteed, Watt and the Texans could potentially agree to a clean break in the offseason. 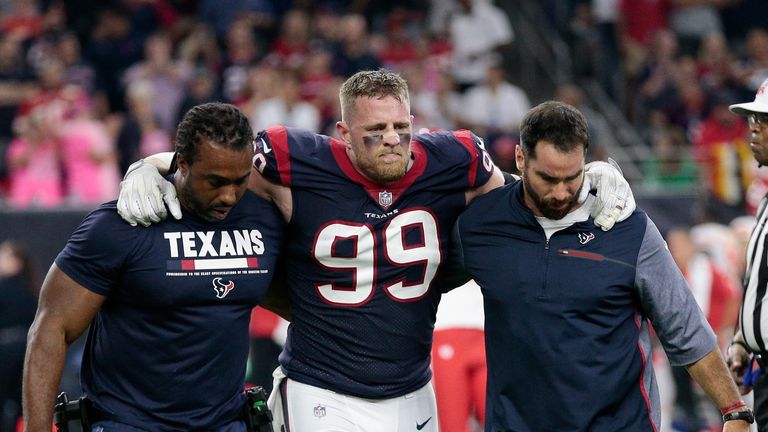 “Early in your career, you think life goes on forever,” Watt added. “Obviously, we win our first-ever division, our first-ever playoff game in my first year.

“In the second year, we go 12-4, and you think that life’s going to be great and you’re just going to keep getting better and better. And then you go 2-14 and the reality of the business side of the NFL, and the reality of all the things that come along with it, hit you in the face. You realise that, oh, this isn’t all roses all the time. 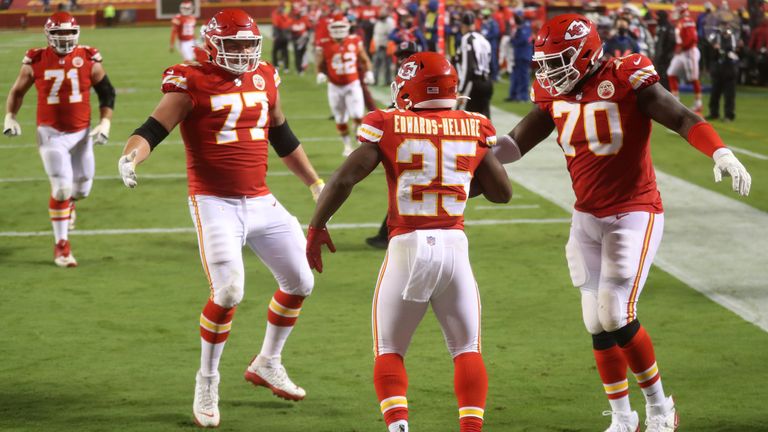 “So that is my goal. That’s why the work goes in. That’s why I fought back from all these injuries, because that’s the goal and that’s what I’m still working towards.”

Sky Sports NFL will be your dedicated channel for NFL coverage through the season – featuring a host of NFL Network programming, a new weekly preview show as well as at least five games a week and NFL Redzone, you won’t miss a moment.