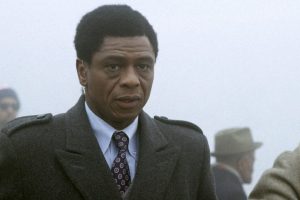 Cross played nine years in the NFL after Philly selected him in the seventh round of the 1961 draft. The Northwestern graduate contributed in a multitude of ways for the Eagles and later the Los Angeles Rams, earning Pro Bowl honors in 1964 and 1965. In all, he registered 22 interceptions, 14 fumble recoveries, eight forced fumbles and a pair of defensive touchdowns. Cross also averaged 27.9 yards on kickoff returns and returned punts as well.

After five productive seasons with the Eagles, the 6-foot-2 corner was traded to the Rams. In Los Angeles, Cross continued to make an impact and reached the postseason for the first time in 1967. He returned to Philadelphia for the 1969 campaign as a player/coach before retiring from the playing field and remaining on staff for another season.

In 1971, he joined CBS Sports and became the first African-American to work full-time as a sports analyst on national television, a role he continued in until 1994. Cross then served as an athletic director at Idaho State and Macalester College in Minnesota.

He was the 2009 recipient of the Pro Football Hall of Fame’s Pete Rozelle Radio-Television Award. The Indiana native was also inducted into the state’s football hall of fame. Per the Eagles, Cross died near his Minnesota home and is survived by his wife, Liz, and four children, among others.

“Our thoughts are with Irv Cross’ family,” the Vikings posted on Twitter. “He was a trailblazer in the sports broadcasting industry and we appreciate all he did on a national level and here locally in the Twin Cities.”