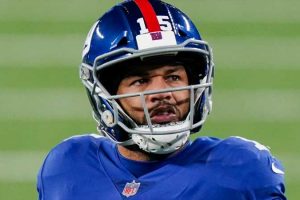 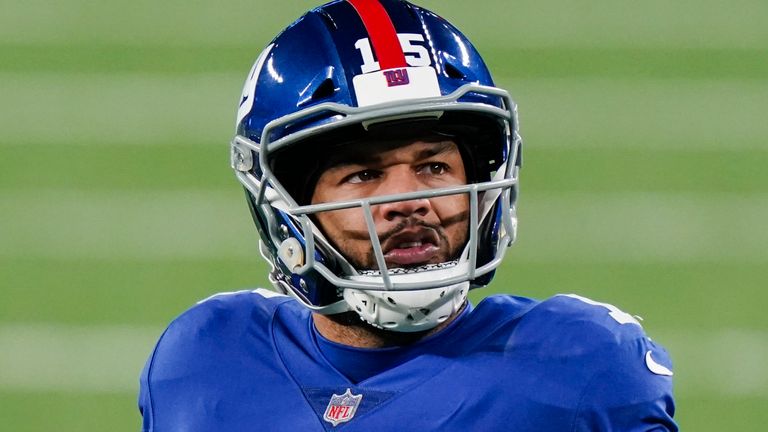 Wide receiver Golden Tate has been released just two seasons into a four-year, $37.5m deal with the New York Giants.

The 32-year-old had an underwhelming 2020, starting just four of his 12 games and recording 35 receptions for 388 yards and two touchdowns.

Linebacker David Mayo has also been released just one season into his three-year deal. The moves save the Giants $8.4m in cap space.

Writing on social media following his release, Tate said: “I appreciate the conversations and professionalism the Giants management showed me earlier today. Always a class act organisation from start to finish, your respect means the world to me and my family. “To my team-mates, I’ll value each and every relationship I’ve built over the last two seasons forever. Such a fun, gritty group of dudes to be around. Y’all go own the NFC East (unless I’m in the division).

“To the Giants fans, man did I have fun playing for y’all.

“Business is business, I’m excited to help my next team, and go get another ring! Thank you NYC!”

Tate’s 2020 season was the second least productive of his career and also included being benched for the Week 9 game against NFC East rivals Washington.

The move came after he was seen shouting at Giants coaching staff during the Week 8 loss to the Tampa Bay Buccaneers. Tate’s wife also made critical comments about the team on social media, which she later deleted.

Tate was also suspended for four games during the 2019 season after violating the NFL’s rules on performance enhancing substances.

He was reportedly made available by the Giants ahead of the 2020 trade deadline, but ultimately stayed with the team for the rest of the season.

Tate’s 11-year career has included spells with the Seattle Seahawks, Detroit Lions and Philadelphia Eagles. He has caught 695 passes for 8,278 yards and 46 touchdowns.