First look at the 2023 NFL offseason: Biggest needs, contract situations to monitor for each team 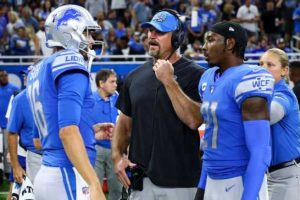 We’re officially into the second half of the 2022 NFL season, and some teams might be thinking about 2023. After all, 17 teams’ chances to make the playoffs are below 25%, per ESPN’s Football Power Index. Talented free agency and draft class pools await, and many franchises will face difficult contract and personnel decisions in the offseason.

To start the process of flipping the page to next year, we broke down all 32 teams’ offseason priorities. NFL draft analysts Jordan Reid and Matt Miller picked out each roster’s biggest positional need — which, yes, is a quarterback for a few teams. Then our NFL Nation reporters pointed to a crucial contract situation to monitor, from pending free agents to stars in need of an extension. Here’s an early look at what every NFL team should be thinking about ahead of the offseason.

Biggest offseason need: Wide receiver. Even with CeeDee Lamb and Michael Gallup on the outside, it’s clear the Cowboys need another playmaker in the pass game. The free agent and draft pools aren’t as loaded at wide receiver as they’ve been in recent years. There are, however, options in April’s draft who could open up the downfield passing game and provide them with an option on the third level. Jalin Hyatt (Tennessee) and Josh Downs (North Carolina) are explosive targets whose skills differ from what Dallas has on its roster, and they might be available on Day 2. — Jordan Reid

Contract situation to monitor: Ezekiel Elliott, RB (signed through 2026, $15 million APY). The guaranteed money portion of Elliott’s contract ends after this season. The Cowboys can save $10.9 million next year by designating him as a post-June 1 cut but have more than $8 million hit the 2024 cap. Elliott’s running mate, Tony Pollard, is set to be a free agent, too. Is it possible to keep both if Elliott reworks his contract? The Cowboys made it work with defensive end DeMarcus Lawrence in the 2022 offseason. Another player to watch? Offensive tackle Tyron Smith. He is signed through 2023 but has not played a full season since 2015, and rookie Tyler Smith has filled in capably this season. — Todd Archer