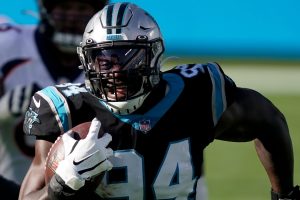 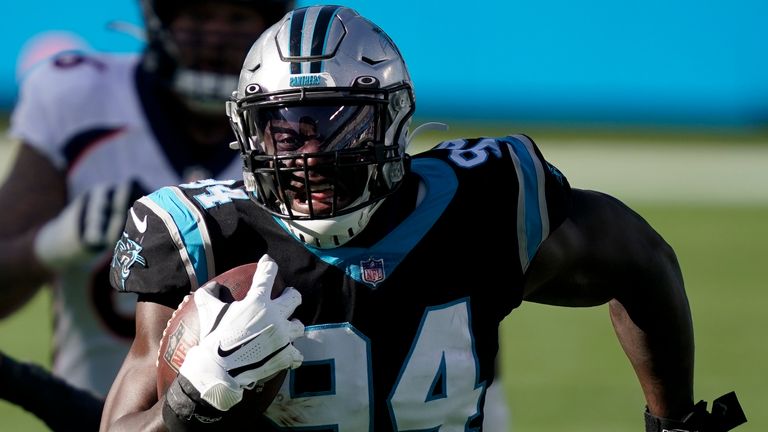 Efe Obada has bid farewell to the Carolina Panthers after four years as he prepares to take the next step in his career with the Buffalo Bills.

The defensive end has signed a one-year deal with the Bills after the Panthers decided not to tender him as he entered the offseason as a restricted free agent.

Obada, who was born in Nigeria before moving to England at the age of 10, signed to the Panthers practice squad in 2017 as a product of the NFL’s International Player Pathway programme, from which he became the first player to make a team’s 53-man roster.

We’ve agreed to terms with DE Efe Obada on a one-year contract! #BillsMafia

Prior to then he had experienced stints with the Atlanta Falcons, Kansas City Chiefs and the Dallas Cowboys, the latter of whom signed him as an undrafted free agent in 2015.

“Growing up in foster care I learnt moving around is part of life,” Obada wrote in a statement. “The only difference this time is, I’ve never lived in a place where I’ve loved the people and they’ve loved me back.

“Throughout my time in Carolina, you have shown me nothing but love and support. You have cheered us on Sundays win or lose and followed me to London and back. You’ve invited me to your cookouts, your Christmases and even your weddings. I’ve FaceTimed your kids on their birthdays and visited your sick relatives in hospital.

“You not only shared your city with me, you’ve shared your lives with me to. You are the embodiment of community. You aren’t a fan base, you are a family. My family and you always will be. I love you guys from the bottom of my heart. I will always be grateful to the Panthers organisation, coach Ron (Rivera) and Marty Hurney for giving me this opportunity and my start in the NFL.”

Obada recorded 7.5 sacks, three passes defensed, one interception, one forced fumble and 47 tackles in three seasons on the Panthers roster. He is coming off a career year that saw him collect 5.5 sacks, 15 quarterback hits and one forced fumble.